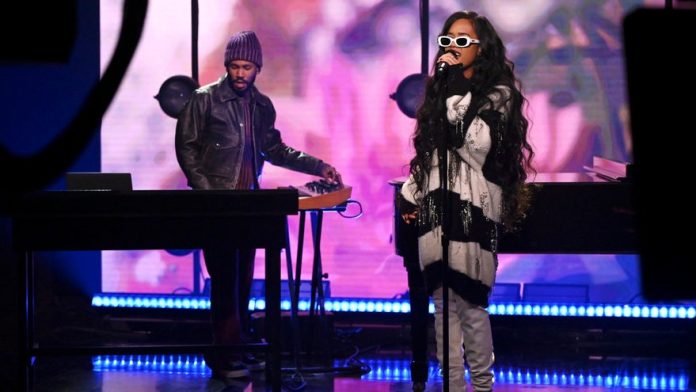 Kaytranada was the musical guest on last night’s episode of The Tonight Show Starring Jimmy Fallon. He was joined by H.E.R. for a performance of “Intimidated”—the title track from the producer’s late 2021 EP. Watch it happen below. Plus, watch a bit of H.E.R.’s backstage rehearsal with Kaytranada.

Intimidated also featured Thundercat (on “Be Careful”) and Mach-Hommy (on “$PayforHaiti”). H.E.R. released her new album Back of My Mind last year. She also joined Mickey Guyton for a live tribute to Tina Turner at the 2021 Rock & Roll Hall of Fame induction ceremony.