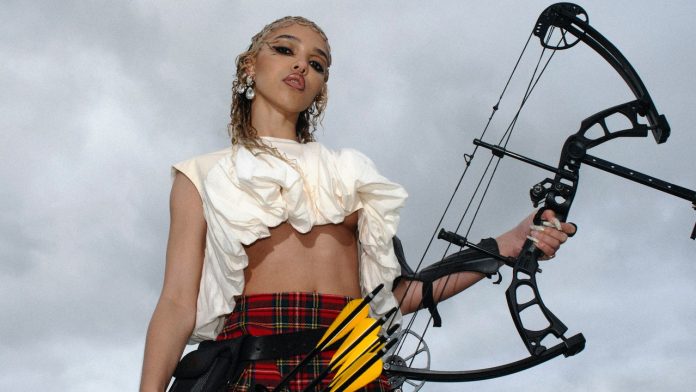 FKA twigs has shared a new music video for her Caprisongs track “Meta Angel.” The visual was directed by Aidan Zamiri and filmed in London. Watch twigs wield a compound bow and shoot an arrow through her heart in the clip below.