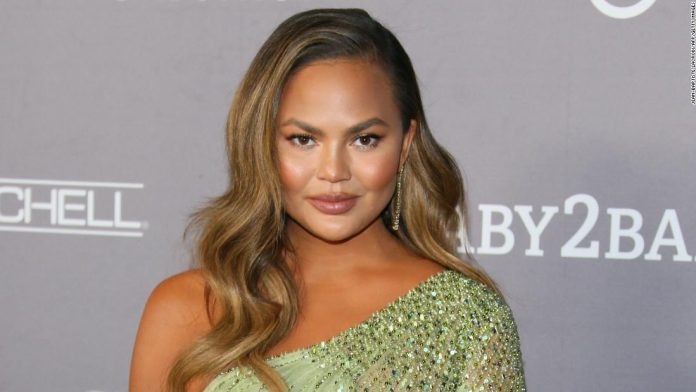 “It’s pretty cool,” Teigen wrote in an Instagram post Wednesday, adding that she has “endless energy” and “way less anxiety.”
She added that she is no longer taking benzodiazepine drugs — often used to treat anxiety and alcohol withdrawal.
Teigen, who first became known for modeling and later branched into TV as the host of the competition series “Lip Sync Battle,” is also a notable social media personality and the author of two cookbooks.
She has previously documented her journey to sobriety on social media, celebrating 50 days of sobriety in September 2021.
In 2017, she told Cosmopolitan magazine she was “point blank, just drinking too much,” and that it was “not a good look for me, for John, for anybody,” referring to her singer husband John Legend.
Despite her six-month anniversary, Teigen said she would probably not be “excited” until she reached a “larger milestone” such as five years of sobriety, and didn’t know if she “necessarily won’t ever drink again.”
She also acknowledged that reaching the milestone had not been easy, saying it “honestly kind of sucks saying it because even though I don’t ever crave it now, time has not exactly flown by.”
“I look forward to having my full body reset after 1 year, then reevaluating to see my new hopes and wishes for the future,” Teigen added, concluding her post with the words: “Let’s goooo.”
Supporters were quick to congratulate Teigen on reaching the six-month mark, with her husband Legend writing: “So proud of you my love.” Singer Katy Perry added: “Beautiful.”
“6 months is something to celebrate,” commented actress Octavia Spencer. “You hit a rough spot in the road and changed your tires. Now you’re enjoying the ride. That’s something to celebrate.”

Liverpool must overcome the Madrid mythology