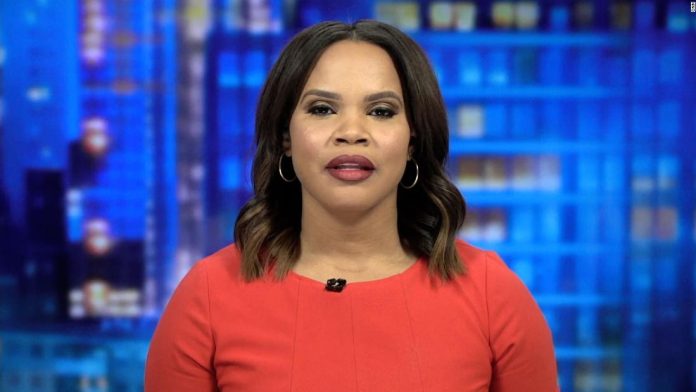 Speaking to Tamron Hall on her talk show earlier this week, Coates said she “asked for the opportunity, when it came time, when they were looking for people to possibly fill in.” However, she was turned down.
Coates was put forward as a potential successor by Trebek, who hosted game show “Jeopardy!” for 36 years before his death from pancreatic cancer in November 2020.
“I actually was as shocked as anyone else was when he first said it,” Coates said of Trebek’s comments, adding that she had never met him.
“I was thrilled when he said my name,” Coates said, adding that she was “honored” that Trebek thought she was worthy enough to fill his shoes — “which frankly can’t be filled.”
Trebek made the comments in a July 2018 interview with TMZ, and also said he had suggested hockey commentator Alex Faust to his producer.
Coates said that she wanted to be considered as a host when the show was looking for people, but she was snubbed.
“I certainly raised my hand, and knocked on doors, and found them closed,” Coates told Hall on Monday. “And I asked for the opportunity, I was told no — which is one of those moments, Tamron, when you have to remember to wear your own jersey.
“You have to remember to continue to be your own champion in other respects and sometimes the vision that you have for yourself, or those that surprise you from other people, don’t align with what happens, and that happened there.”
CNN has reached out to Sony Pictures Television, which produces the show, for comment.
Coates said she was a “lifelong fan” of the game show, which has been on air since 1964.
“I sometimes will watch it twice in a night and then play it back for my kids so I have all the actual answers, so I look even smarter to my children,” Coates said.
After Trebek’s passing, “Jeopardy!” named a series of guest hosts before ultimately appointing executive producer Mike Richards to the role for the season commencing in fall 2021.
However, he stepped down after one taping day, following an investigation by The Ringer website which exposed a litany of offensive comments in Richards’ past.
It was later announced that Mayim Bialik and Ken Jennings — both part of the game show’s television family — would take over hosting duties.