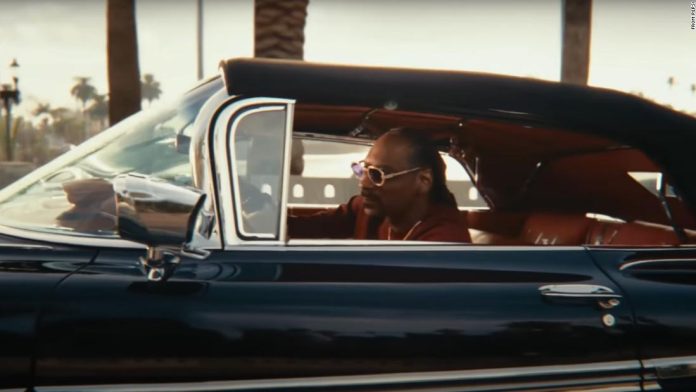 “Straight Outta Compton” director F. Gary Gray created the trailer, which is titled “The Call.”
It opens with a young Eminem facing a present-day Eminem, performing his single “Rap God.” Next Snoop is seen driving in his car, bobbing along to “The Next Episode.” A glamorous looking Blige appears in a blue coat while “Family Affair” plays. Lamar is then seen with “Humble” playing in the background. Everyone takes a call from Dr. Dre, telling them to unite at Los Angeles’ SoFi Stadium for the show.
We see a plane take off as the trailer shifts from the East Coast to the West Coast.
“California Love” also plays in the trailer, giving a vibe that the crew will play their hits for the crowd.
The clip ends with an aerial view of the stadium and shouts of football fans.
The Super Bowl airs Feb. 13.
Watch the teaser here: