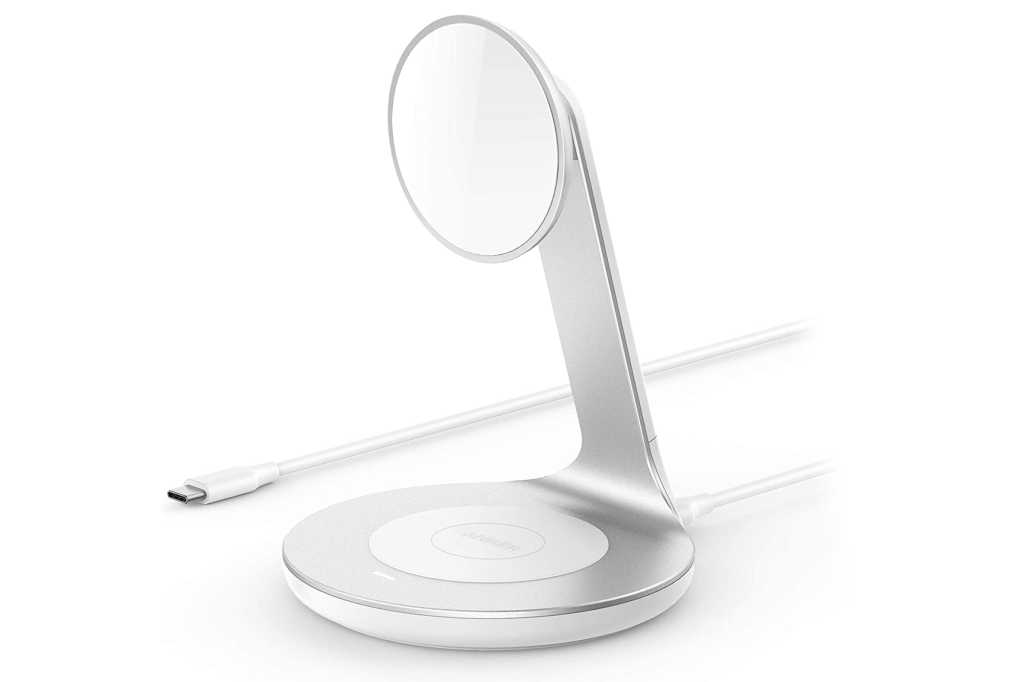 MagSafe is one of the more underrated features of the iPhone 12 and iPhone 13, mainly because most people don’t have any accessories to take advantage of it. You can change that with today’s deal: Amazon is selling the Anker PowerWave Magnetic 2-in-1 Stand for $34, a savings of $16 off the MSRP and the lowest price we’ve seen since.

This magnetic PowerWave stand is compatible with all MagSafe iPhones and cases, and even includes a second built-in Qi charging pad for your AirPods. It will charge your phone at 7.5 watts, so you’re not getting fast charging, but it’s fantastic for keeping your phone filled up on a video call or on a nightstand. It comes with a USB-C cable but you’ll need to bring your own charger.

We haven’t reviewed this model, but it has 4.4 stars with 936 ratings with the most common complaint being about charging speed. Some users had issues with the strength of the magnets, but Anker appears to have rectified that problem according to follow-up reviews.

We just can’t let Apple rumors die, even if they’ll never be true

Buldix Pro helps design web pages with zero coding in no time. It’s also over 90% off.