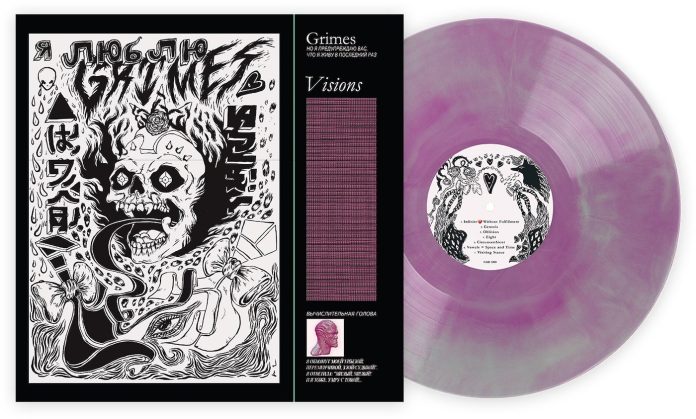 Grimes has announced a special 10th anniversary reissue of Visions, her iconic 2012 LP, through monthly record subscription club Vinyl Me, Please. The pressing comes with an exclusive art print and liner notes illustrated and written by Grimes herself. See the vinyl record below.

A preview of the Visions reissue shows Grimes reminiscing on her inspirations, choices, and musical growth over the years in the liner notes. Of “Infinite Love Without Fulfillment” she wrote, “Wow, I can hear myself learning how to make music in this song. I remember doing the vocal over the drums and then randomly trying that baseline and being like whoa! And kinda spiraling into this experiment.”

Grimes’ most recent album, Miss Anthropocene, came out in 2020. Since then, she’s started an AI girl group called NPC, shared new music like “Love” and “Player of Games,” and “semi-separated” from her billionaire partner Elon Musk.