Home Culture Adele thanks ‘best fans in the world’ after being forced to delay... 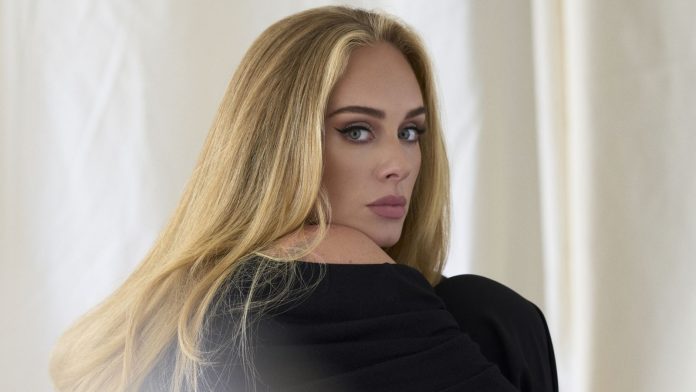 Adele says she is overwhelmed by the support she received from fans after being forced to postpone the start of her Las Vegas residency.

The award-winning singer made a tearful announcement on Thursday that her show would be delayed the day before the opening night after a COVID-19 outbreak in her team and delivery delays.

In the video a visibly upset Adele said she is “so upset” and “really embarrassed” to cancel the shows, promising to reschedule the dates.

I have the best fans in the world! Your graciousness and love tonight is overwhelming! Thank you ♥️

Writing on social media on Friday, she acknowledged the “graciousness and love” she had been shown in response to the decision.

Read more: Adele in tears as she is forced to reschedule her Las Vegas residency

“I have the best fans in the world!” she wrote.

“Your graciousness and love tonight is overwhelming! Thank you.”

Adele: ‘The show will go on’

Adele, 33, was set to do two concerts each weekend from 21 January until 16 April in the US city.

The Easy On Me singer said her production team had tried “absolutely everything” to pull the show together in time but that it had been “impossible”.

She promised that dates would be rescheduled and apologised to fans for the last-minute decision.

Adele released her fourth album 30 in early November and it was revealed to be the fastest-selling of the year in its first week of release.

Caesars Palace tweeted its support for the artist and her fans, saying: “Adele is an incredible artist, supremely dedicated to her music and her fans.

“Creating a show of this magnitude is incredibly complex. We fully support Adele and are confident the show she unveils at The Colosseum at Caesars Palace will be extraordinary.”