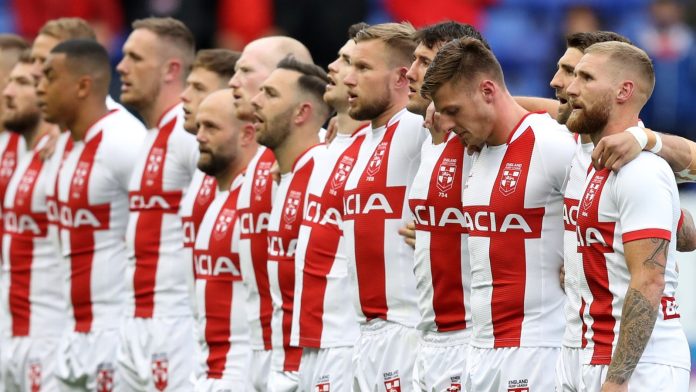 The Combined Nations All Stars will wear special jerseys to help raise funds for those impacted by the devastating volcanic eruption and tsunami in Tonga earlier this month.

England will take on the Combined Nations All Stars in June as part of their preparations for this year’s delayed Rugby League World Cup.

Shaun Wane’s men will compete in the mid-season international on the weekend of June 17-19 at a venue yet to be confirmed.

The All Stars ran out 26-24 winners when the sides met at Warrington’s Halliwell Jones Stadium last June, during which they wore a jersey to raise funds for former Hull KR and St Helens prop Mose Masoe after his career was ended by a spinal injury in 2020.

This year’s contest will see England’s opponents sport special jerseys to help raise funds for those impacted by the devastating volcanic eruption and tsunami in Tonga earlier this month.

🌍🤝 We can confirm we will face the Combined Nations All Stars in a Mid-Season International this June!

🇹🇴♥️ And, in partnership with @oxensportsuk, the All Stars will play in a special jersey to raise funds to aid those affected by the tsunami in Tonga.

Carl Hall, the long-serving Doncaster chief executive and former RFL vice-president who will continue as team manager for the All Stars, is chair of the Pacific Islands Rugby League Group.

“This is a great gesture,” said Hall. “Tonga has become such a force in rugby league in recent years with their incredible run to the semi-finals of the last World Cup in 2017 and there have been so many great players of Tongan descent who have come over to play with English or French clubs.

“We’ve all seen the terrible and frightening scenes since the volcanic explosion, with some players anxiously awaiting news of their relatives.

“I know a lot of rugby league clubs and supporters will want to find a way of showing their solidarity with the Tongan people over the coming days, weeks and months.

“It will be an honour and a privilege for us to do our bit when the Combined Nations All Stars come together to face England this summer.”

The RFL says there will be further details to come regarding mid-season home games for the England Women and Wheelchair teams ahead of the World Cup.