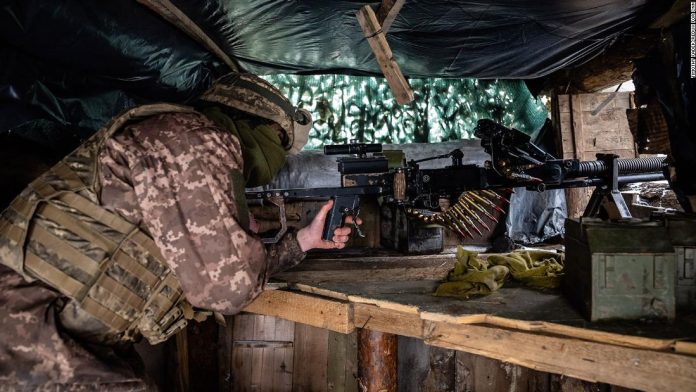 A State Department spokesperson said they have “nothing to announce at this time,” adding, “We conduct rigorous contingency planning, as we always do, in the event the security situation deteriorates.” A spokesperson for the embassy declined to confirm and referred CNN to the State Department in Washington.
A source close to the Ukrainian government told CNN that the US has informed Ukraine that it is “likely to start evacuations as early as next week” of the families of diplomats from the embassy in Kyiv. The source said President Volodymyr Zelensky has spoken to US Secretary of State Antony Blinken about the matter and told him that if the United States took such a dramatic step, it would be an “overreaction.” CNN has asked the Ukrainian government for comment.
A State Department official said the department would not comment on private discussions, adding that decisions about overseas staff are based on a single criterion: the safety and security of Americans.
The embassy’s request marks an escalation from CNN’s report last month that the US was working on contingency planning to evacuate Americans from Ukraine, as Russia has continued to mass troops near the border and spark fears of a renewed invasion. The Ukrainian Defense Ministry’s latest intelligence assessment, shared with CNN this week, assessed that Russia has now deployed more than 127,000 troops in the region.
The State Department has already issued the highest-level travel advisory for Ukraine, telling Americans not to travel to the country and to be aware of reports that Russia is planning for significant military action against Ukraine.
“If there is a decision to change our posture with respect to American diplomats and their families, American citizens should not anticipate that there will be US government-sponsored evacuations. Currently, commercial flights are available to support departures,” the spokesperson said.
US officials still don’t know what Russian President Vladimir Putin’s plans are or whether he has even decided to invade. But some officials who have seen the intelligence say there is evidence that Russia is planning to try to take Kyiv and overthrow the government, as CNN has previously reported.
The deployment of forces from Russia’s Eastern Military District to Belarus on Monday struck many US officials and Russian military analysts as particularly ominous.