Home Sport Korda in control ahead of final round 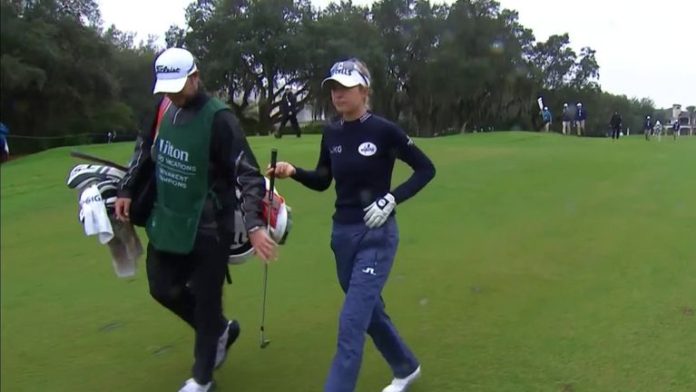 Nelly Korda shot a 69 on Saturday to maintain her one-stroke lead at the LPGA’s Tournament of Champions.

Despite the wet conditions, Korda made five birdies with just one bogie to keep in front of Danielle Kang and Gaby Lopez, who both matched her 69.

Korda is at 13-under 203 heading into Sunday’s final round.

On the celebrity side, with the modified Stableford scoring, former LPGA star Annika Sorenstam leads the field.