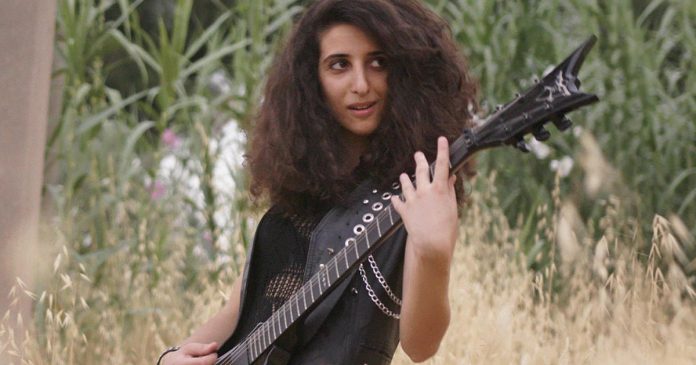 The 2022 Sundance Film Festival continued this weekend, presenting its lineup of new documentary and narrative films via streaming for the second year in a row.

The showcase, which runs through January 30, is making virtual screenings available across the U.S. (and, in some cases, internationally) via Sundance’s digital platform. The festival includes 82 features from 28 countries (91% of which are world premieres).

While in-person screenings at Park City, Utah, were canceled, some of the festival’s lineup will still screen at independent arthouses across the U.S. beginning January 28, including the Amherst Cinema in Amherst, Mass.; SNF Parkway Theatre in Baltimore; mama.film in Lawrence, Kan.; Indie Memphis in Memphis, Tenn.; Digital Gym Cinema in San Diego; Northwest Film Forum in Seattle; and a/perture cinema in Winston-Salem, N.C.

To purchase packages and individual tickets go to the Sundance website.

Although not all films have been previewed at press time, below are some of the highlights from Saturday and Sunday at the festival. (Click here to read Part 1.)

Rory Kennedy (“Ghosts of Abu Ghraib,” “Last Days in Vietnam,” “American Hollow”) turns her focus toward Boeing, and how the aviation giant changed from a heralded leader in engineering to a favorite moneymaker of Wall Street. The cost of that corporate sea change, as described by journalists, congressional investigators, aerospace veterans and longtime Boeing employees, would include, in late 2018 and early 2019,  the horrifying crashes of two Boeing 373 Max aircraft that killed a total of 346 people.

The planes, according to experts, should never have fallen from the sky. But one of the plane’s newly-designed systems was, from the beginning, seen by Boeing insiders as a hot potato to be kept from federal regulators, in order to keep down costs.

As Kennedy’s engrossing and enraging film shows us, the potential problems in the rollout of the new-and-improved 737s were concealed from the very pilots who were to fly them, and magnified by Boeing executives who assured the public of the plane’s airworthiness (albeit with a software “fix”), while alleging pilot error in the accidents. Screens January 23. Streams on Netflix beginning February 18.

The quandary of what to do with detainees imprisoned at Guantanamo Bay, who could not be tried effectively in a court, has been a sticking point in American foreign policy for years. Repatriating them to their home countries could only work so far, especially if they were intent upon taking up arms again. A Saudi rehabilitation center for extremists – with therapy and training programs that would hopefully “deradicalize” them and help them reenter society – held promise of a very low recidivism rate. One would think it was a very comfortable holiday resort, with swimming pools and art classes, were it not for the ankle bracelets.

Meg Smaker’s film follows several former Yemeni detainees as they undergo the year-long rehabilitation process, during which they open up about what drove them towards radical movements and why they hope to live a more conformist life, with families and professions. Some are surprisingly open about their past and hopes for the future; some are a bit more cagey about their responsibility. But being barred from returning to Yemen, they all live with the prospect of being quasi-stateless, in a country where new rules prevent Yemenis from holding jobs.

That mix of honesty and caginess makes for an empathetic but also clear-eyed documentary about an altruistic and politically-expedient attempt to rescue these men (who range from minor players in the War on Terror, such as bodyguards, to an instructor in crafting bombs), and about the difficulties of continuing the program when power plays among the Saudi royal family threaten the charitable enterprise. Screens January 24.

In this surprisingly dystopian sci-fi film, Karen Gillan (“Guardians of the Galaxy”) gives an effective split performance as Sarah, whose incurable disease prompts her to order a clone, to take her place once she’s gone. (It will ease the sense of loss of those left behind, she’s assured.)

But when her doctor shares the good news – you’re not dying after all! – Sarah is left in a pickle. Legally, there can only be one Sarah. It turns out, standard practice is for the original and the clone to engage in a duel to the death, because that’s what dystopian societies do.

Writer-director Riley Stearns keeps the satire light, given the deadly consequences, as Sarah questions both her right (as the original) and her privilege (as the copy) to exist, with her loved ones taking sides in unexpected ways. Aaron Paul (“Breaking Bad”) is effective as a combat trainer who seeks to instruct Sarah in defeating her double. And it’s gratifying that their relationship doesn’t progress in the way one might expect. Screens Jan. 24.

As Rita Baghdadi’s film opens, Slave to Sirens, the Middle East’s first all-female metal band, has nabbed a prestigious gig: the Glastonbury festival in England. The audience there is depressingly threadbare. But from such humble beginnings great acts arise.

And the band’s home base couldn’t be humbler: Beirut, beset by political marches and intolerance of the LGTBQ community, is a tough place for young women, let along those pursuing a career as metal musicians. Two of them, Lilas and Shery, are also secretly involved romantically. But when their relationship becomes broken, the cohesion of the band is torn apart.

“Sirens” is an inspiring look at young dreamers trying to make a go as artists, as lovers, and as politically-curious idealists, in a city with a long history of war and social turmoil that, they believe, cries out for the healing power of music, even from head bangers. Screens January 23, 25; also plays on Sundance Satellite Screens January 28-29.

TikTok isn’t the first social media platform to have taken the world by storm, but it is perhaps the most politically and culturally controversial. Shalini Kantayya (director of “Coded Bias”) looks at how the app quickly became a powerful and financially lucrative outlet for young creatives living public, digital lives.

But it’s not just about videos of dancing teens and ring lights. The app’s origin in China has stirred very real concerns about security (as well as racism, nationalism and censorship owing to its source), while the platform’s AI may drastically partition its users, making the internet even more exclusive – and exclusionary – than before. The film is an intriguing exploration of how TikTok users are drawn to a technology meant to expand their worlds, when it can easily isolate them thanks to algorithms designed to be limiting. Unfortunately, that genie is long out of that bottle. Screens January 23, 25.

For more highlights from the 2022 Sundance Film Festival, click here.

On the “Spaceship,” attendees can interact with other festival-goers via avatars, in this quasi-return to the traditional community atmosphere of the festival.