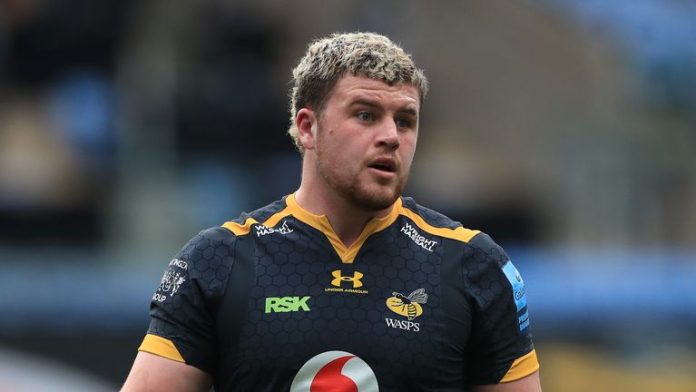 George Ford has slipped down the fly-half pecking order behind Marcus Smith and Owen Farrell; the 28-year-old was rested for June victories over the United States and Canada, and then fell victim to Eddie Jones’ clear-out of senior players for the autumn

George Ford is set to be given the opportunity to revive his international career as a replacement for Owen Farrell while England’s captain waits to discover the extent of his latest ankle injury.

Ford is on Monday expected to be called into head coach Eddie Jones’ 36-man training squad for the Six Nations, the PA news agency understands, as he targets a first appearance since last year’s Championship.

Rested for the June victories over the United States and Canada and then falling victim to Jones’ clear-out of senior players for the autumn, Ford has been facing an uncertain Test future.

He has been at the heart of Leicester’s recent revival and is the Gallagher Premiership’s player of the season to date, but the 28-year-old has slipped down the fly-half pecking order behind Marcus Smith and Farrell – a point underlined by last week’s omission from the Six Nations squad.

But selection for the opener against Scotland at Murrayfield on February 5 is now a possibility, with Farrell poised to learn the severity of the damage caused to his right ankle during a training session last Wednesday.

Farrell had recovered from the surgery incurred to his left ankle against Australia two months ago and was due to make his comeback in Saracens’ Challenge Cup clash with London on Sunday, only for this latest setback to place his involvement in the Six Nations in doubt.

However, director of rugby Mark McCall is hopeful that he will still play some part in the Championship.

“Owen is going to see a specialist in the early part of the week and that will determine how long he’s going to be out,” Saracens boss McCall said.

“I don’t think he is going to be available for the Scotland game. He’s obviously hugely, hugely disappointed.

“It’s cruel. He’s not a player who has been injured very often down the years so to get one the week he was coming back….

“It happened right at the end of a training session, a really accidental thing – he stood on someone’s foot and turned his ankle.

“We did some extra backline plays right at the end, an unopposed thing, so it’s really, really unfortunate and really cruel for him, but he’s a strong character and I’m sure he won’t be out long.

“He would have played this weekend. He came through quite a hard training session brilliantly and he looked firing and ready to go.

“We’ll wait and see what the specialist says and see if he can play some part in the Six Nations.”

England will issue a squad update on Monday when they are also expected to name a replacement for Farrell as captain, with Courtney Lawes favourite to fill the role after successfully deputising in the autumn.

Smith will continue as fly-half with Henry Slade, Joe Marchant, Mark Atkinson and Luke Northmore competing for the two centre slots, leaving Ford to target a place on the bench.