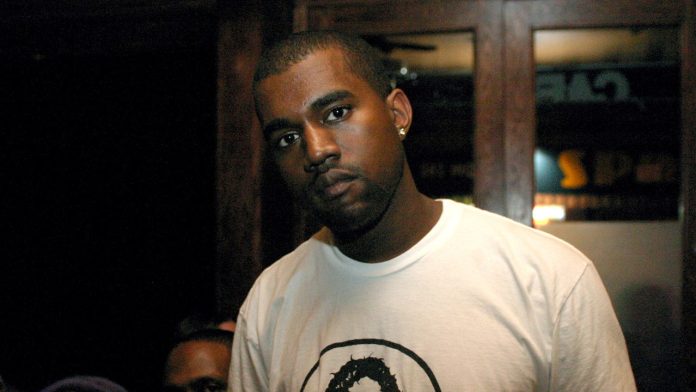 Jeen-Yuhs: A Kanye Trilogy – Act 1 (Vision), a documentary on the life of Kanye West (also known legally as Ye), premiered at Sundance Film Festival on Sunday night, January 23. The first of three parts totaling seven and a half hours, Act 1 (Vision) follows West from his early dealings with Jay-Z’s Roc-A-Fella Records in the late 1990s up until he is introduced as the label’s newest artist.

The film is set for a nationwide theatrical release on February 10 ahead of a Netflix premiere on February 16. The trilogy was directed by West’s friends Clarence “Coodie” Simmons and Chike Ozah (aka Coodie & Chike), a duo that worked with him on videos for “Through the Wire” and “Jesus Walks.” Coodie recently told Variety that West did not have final approval on the film, but West subsequently demanded, “I must get final edit and approval on this doc before it releases on Netflix.” It is presently unclear if the version of the film that premiered at Sundance will be released theatrically or on Netflix.

Act 1 begins in 1998 at a birthday party for Jermaine Dupri, the Atlanta-based producer and head of So So Def Records. A skinny, bespectacled, 21-year-old Kanye West is beaming ear-to-ear, rubbing elbows with Ma$e, Cardan, and the rest of the Harlem World crew. It’s the first time Coodie films West, and it sets the tone for much of Act 1: West, fresh-faced and out of place, surrounded by the stars and and by the symbols of success for which he desperately yearns.

Coodie quickly zooms out to Chicago, explaining why he (a comedian) would drop everything he’s doing to film a documentary about his friend, an up-and-coming rapper and producer: “This is a faith-based movie,” he says, and West’s belief in himself—and Coodie’s belief in West, uncommon at the time—anchors the film. Not long after, West takes a leap of faith by moving to New York to be near Jay-Z, who validated the young musician by performing the West-produced “Izzo (H.O.V.A.)” at the 2001 BET Awards.

The image of Kanye West depicted in Act 1 is unflinching, and, at times, unflattering. He’s often filmed while wearing retainers that alter his voice; several shots show the retainers strewn about on countertops and studio desks. Once, legendary Houston rapper Scarface, meeting West at the Hit Factory to hear “Family Business” and “Jesus Walks,” even chastises him for the disgusting habit. “Man, that shit don’t go up here, man. That shit been all up in your mouth, man.”

Still, it’s West’s hunger that takes center stage. The hunger that has him running 20 blocks with decks under his arms from one studio to the next, scared that he might miss an opportunity to play beats for Jay-Z. The hunger that drove him to bum rush the Roc-A-Fella offices, barging into rooms and, without asking, playing his music for everyone from marketing execs to executive assistants, rapping along with the tracks. He ends up leaving sheepishly with a few CDs and DVDs, but no record deal.

Act 1 is most successful when it depicts the root of West’s origin story: his own belief in his talent as an artist, amid a sea of stars and hangers-on who view him only as a human beat machine. Damon Dash loves the beats he makes for Roc-A-Fella artists, but doesn’t offer him a record deal. Rappers back home in Chicago want him to give them beats for free. “That’s impossible,” West tells his assistant upon hearing the request. “This is like, you go into a TV store, and you be tellin’ a n—-a, ‘Dawg, I watch TV the best.’ So, motherfucker? I still sell TVs. I’m not gonna give you a TV for free ’cause you watch TV the best.” At times, he wears the disappointment all over his face. At a Roc-A-Fella party in New York, Jay-Z is holding court, and West strolls by to dap him up. The interaction lasts seconds before Jay-Z looks on to the next person, leaving West to lumber on, head hung and shoulders slumped. He’s within reach of success but can’t yet have it.