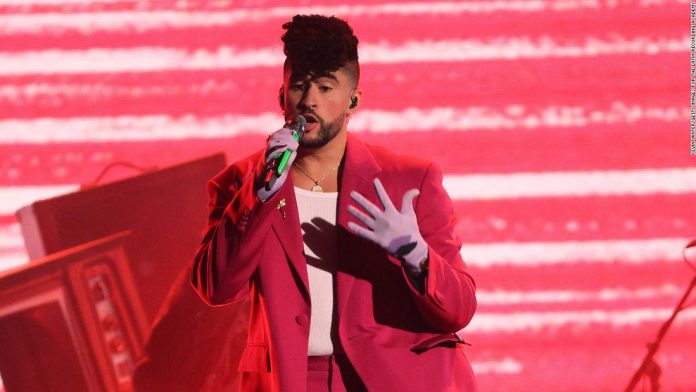 “Bad Bunny: World’s Hottest Tour” will begin August 5 in Orlando, FL, with the 29-date tour ending in December.
DJ Alesso and Grammy nominee Diplo will join the Puerto Rican rapper and musician on tour for select dates.
Tickets for the summer stadium tour will go on pre-sale beginning Wednesday. Bad Bunny’s next tour, set to launch Feb. 9, broke Ticketmaster’s record for the most tickets sold on its first day of sales, according to a press release from the artist.
The tour news was followed with a post from Bad Bunny on Instagram, sharing that he also has new music in the works.