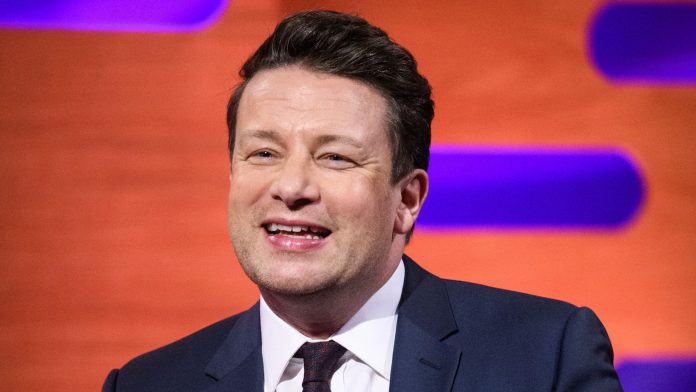 Jamie Oliver’s first cookbook used recipes scrawled on the “back of fag packs and beer mats”, stored in a bin bag.

The 46-year-old TV chef and restaurateur rose to fame in 1999 with his BBC television show, The Naked Chef.

Now, he is set to host a Channel 4 programme called the Great Cookbook Challenge with Jamie Oliver, in which he helps aspiring cooks release their own recipe collection.

Speaking about his first publishing deal, Oliver told the Radio Times: “I was a special needs kid from school and I never thought I’d write a book.”

The chef has been open before about how he struggled in school with dyslexia, but has since learned how to not let it hold him back.

After his first show, Oliver says he was told: “Oh, it’s a shame. Normally, we do a cookbook with a series.”

“I said, ‘I’ve got one. I’ve written down all my recipes for the last five years and they’re in a bin liner.'”

These were written “on the back of fag packs, beer mats and order checks”.

Since that time, Oliver has published numerous books and become a household name.

During his expansion into the publishing industry, Oliver says at times lived in the Penguin offices and helped dress bookshop windows to sell his books.

He says the first cookbook he was ever given was written by Delia Smith.

“She knew there’s a logic between simplicity, accessibility and aspiration.

“You have to have the balance right.”

The Great Cookbook Challenge will air on Channel 4 on Monday 31 January.

Alex Hammond blog: Ascot picks and one to watch at Chester

Cooper: Forest’s tunnel vision and standing on the shoulders of giants