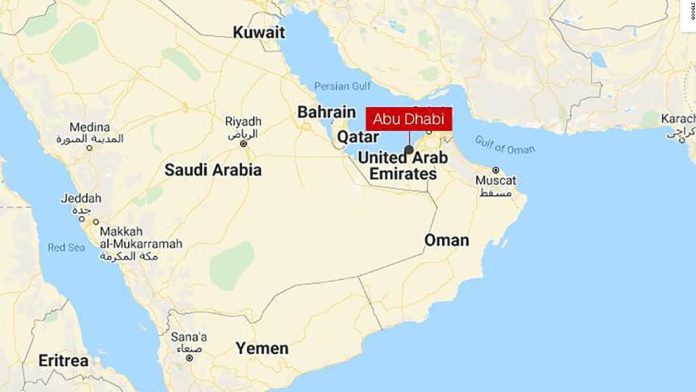 The US deployed Patriot missile defenses at “two inbound missiles” at Al Dhafra Air Base, US Central Command (CENTCOM) said in a statement. This is the first firing by the US of Patriot missiles since the first Gulf War in 1991, a senior defense told CNN.
“The combined efforts successfully prevented both missiles from impacting the base. There were no U.S. casualties,” CENTCOM said.
The attack was the second in a week aimed at the UAE, which is a member of the Saudi-led coalition that has been at war with the Iran-backed Houthi rebels for years, and marked a significant escalation in tensions. The UAE has largely avoided the firing line, with Houthis opting instead to strike Saudi Arabia, which borders Yemen.
CNN reported earlier that the UAE intercepted two ballistic missiles launched by Houthis early Monday, in what the Iran-backed group warned would be part of a continuous campaign to target the Emirati capital.
At 4:15 a.m. Abu Dhabi’s skyline lit up with what witnesses described as “fireballs in the sky.” Some of the capital’s residents woke to the sound of explosions as air defense missiles intercepted the projectiles.
The incident comes a week after a Houthi drone and missile attack near Abu Dhabi’s airport killed three foreign workers and injured several others.
In a statement Monday, the UAE Ministry of Defense said, “its air defense has intercepted and destroyed two ballistic missiles fired by the terrorist Houthi group.”
“The attack did not result in any casualties, as the remnants of the intercepted and destroyed ballistic missiles fell in separate areas around the Emirate of Abu Dhabi,” the statement added.
The ministry said it is “ready to deal with any threats, and that it takes all necessary measures to protect the state from all attacks.”
Several flights were delayed arriving into Abu Dhabi airport, according to the airport’s website. Flight tracking website Flightradar24 showed Abu Dhabi-bound planes flying in circles near the airport.
The US embassy in Abu Dhabi also called on US citizens in the UAE to maintain a “high level of security awareness,” issuing a series of instructions on how to respond to a missile attack.
Shortly after Monday’s incident in Abu Dhabi, the UAE’s Ministry of Defense said an F-16 fighter jet had destroyed the ballistic missile launcher used to target the UAE capital. It did not specify what country the aircraft belonged to.
Yemen’s Houthis claimed they were targeting the UAE’s commercial hub of Dubai as well as Abu Dhabi’s Al Dhafra airbase, which hosts the United States Air Force’s 380th Air Expeditionary Wing.
Houthi spokesperson Yahya Saree on Monday warned that the group would “expand their operations over the next phase.”
“We are calling on foreign companies and investors to leave the UAE,” Saree said in a video statement. “It is subject to continuous targeting.”
Abu Dhabi has repeatedly been ranked one of the safest cities in the world, with the January 17 strike considered “unprecedented” by Emirati officials.
For decades, the UAE staved off turbulence in the crisis-ridden region, attracting millions of expatriates and large volumes of foreign investment. The country’s economy relies heavily on a foreign workforce.

An escalation in week-long violence

Yemen’s Houthis had vowed to retaliate for a series of deadly airstrikes over the last week by the Saudi-led coalition — of which the UAE is a major partner — in northern Yemen which killed scores of people. The airstrikes also knocked out the internet nationwide after hitting a telecommunications tower.
A nation-wide internet outage entered its fourth day in Yemen on Monday, according to internet watchdog NetBlocks.
On Friday, at least 70 people were killed in an airstrike on a detention center in the Yemeni city of Saada, according to international aid groups.
The Saudi-led coalition denied it deliberately targeted the detention center, with its spokesman Brig. Gen. Turki Al-Maliki calling the claims “baseless and unfounded,” according to Saudi state news agency SPA.
The coalition did say it had hit Hodeidah, taking down “one of the [Houthis’] dens of maritime piracy and organized crime.” The coalition also said it attacked “military targets” in Sanaa. Last week’s offensive began after last Monday’s attack in Abu Dhabi.
The United Nations Security Council last Friday unanimously condemned the January 17 strike in the UAE capital.
The UAE is a major coalition partner that has been fighting in a six-year Saudi-led military campaign to crush the Iran-backed Houthi rebels, which control much of Yemen.
The offensive began in 2015 to restore Yemen’s internationally recognized government, after it was ousted by the Houthis. The coalition has intensified its attacks in the war-torn nation in the wake of the Houthi missile and drone strike in Abu Dhabi last week.
In 2019, the UAE pulled most of its troops from Yemen, after privately deeming the war unwinnable. The campaign failed to crush the rebels but exacted a huge humanitarian toll, with thousands of Yemenis dead and malnourishment and disease widespread.
More recently, the UAE has returned to the conflict, backing Yemeni groups in flashpoints like the oil-rich provinces of Shabwa and Marib.