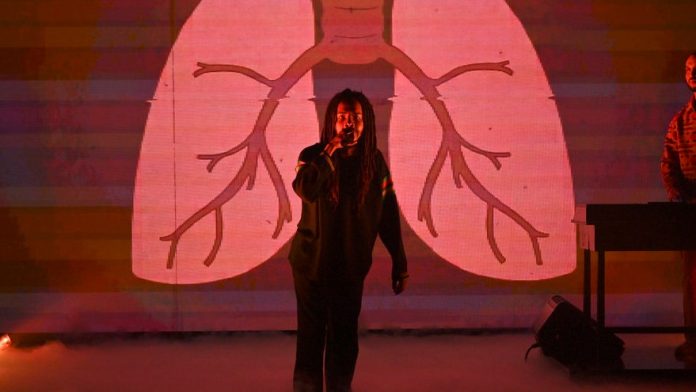 Earl Sweatshirt was the musical guest on last night’s episode of The Tonight Show Starring Jimmy Fallon. He performed “2010,” a highlight off his new album Sick!. Watch it happen below.

Sick! features Zelooperz, Armand Hammer, the Alchemist, and Black Noi$e. Leading up to the album’s release, Earl released the singles “2010,” “Tabula Rasa,” and “Titanic.” Earl’s last appearance on Fallon was when it was still Late Night; he performed “Burgundy” alongside the Roots in 2013.

Read Pitchfork’s feature about the rapper and his new album, “Earl Sweatshirt Is Still a Rap Fan First.”