Home Sport Australian Open reverses its ban on ‘Where is Peng Shuai?’ T-shirts 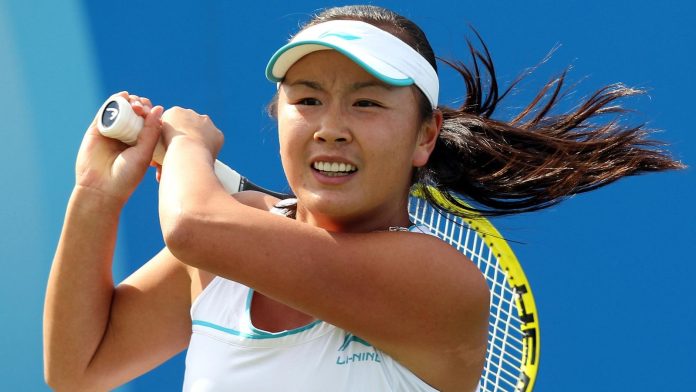 Organisers have been heavily criticised after a woman wearing a “Where is Peng Shuai” T-shirt was ejected from the event last week, with Martina Navratilova branding the move “cowardly” and accusing Tennis Australia of “capitulating” to China

Fans are free to wear “Where is Peng Shuai?” T-shirts at the Australian Open but they must not become “disruptive”, tournament director Craig Tiley said amid criticism of the Grand Slam organisers’ earlier stance on the issue.

There has been major concern inside and outside tennis for the well-being of the former world doubles No 1 since she disappeared from view in November after making allegations on social media about a senior Chinese official.

Peng has since made several public appearances but there remain serious question marks regarding her freedom and the WTA has suspended all tournaments in China.

In response to a video posted on social media on Saturday of security officials instructing fans to remove shirts with the slogan on them, the governing body said the Melbourne Park tournament does not allow political statements.

Martina Navratilova described that reaction as “cowardly” and said Australian Open organisers were giving in to China and placing sponsorship money ahead of human rights concerns.

Craig Tiley, the chief executive of Tennis Australia and Australian Open tournament director, said the issue was not with the T-shirt but intent to disrupt the tournament.

“If you want to wear a T-shirt that says ‘Where’s Peng Shuai?’, you can come on site, that’s fine.”

Craig Tiley: Fans can wear ‘Where is Peng Shuai?’ T-shirts

He said: “We were on the journey at the very beginning with the WTA and that’s because we’re well connected in the region. We agree with the WTA’s position.

“However, coming onto the site we have some terms and conditions that are pretty clear and that is, if you are coming on site with the purpose of disrupting the safety and comfort of fans, you’re not welcome. But if you want to wear a T-shirt that says ‘Where’s Peng Shuai?’, you can come on site, that’s fine.

“There was a suspicion around the motivation of that individual coming on site but we’ve since contacted that person and told her that she’s welcome to come on site, she’s welcome to wear a T-shirt, but not bring a banner, because you can’t bring banners on site.

“It doesn’t have anything to do with a political or commercial statement. Our security people are trained to take a common sense approach, and I think that’s in the interest of everyone.”