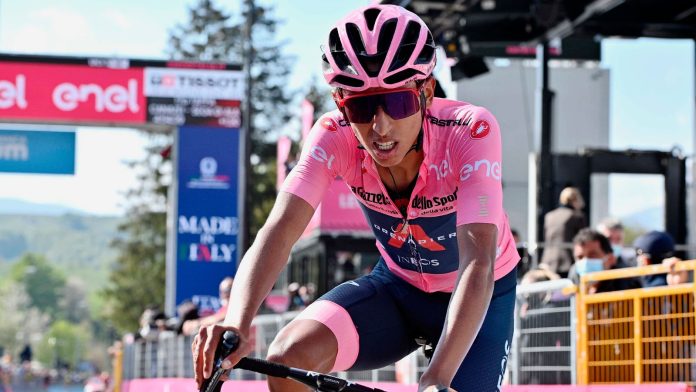 Bernal, who claimed his second Grand Tour success with victory in last year’s Giro d’Italia, suffered the accident while on a training ride close to his home in Bogota; the 25-year-old was due to undergo surgery on Monday and was reported by Team Ineos Grenadiers to be stable

Bernal, 25, underwent multiple rounds of surgery following the accident, with doctors working to repair fractures in his right leg and kneecap as well as a collapsed lung.

Overnight, the 2019 Tour de France winner had further surgery to repair dislocated fractures in his spine.

A statement from the Clinica Universidad de La Sabana in Bogota said the operation “kept intact the neurological integrity and conserved the functionality of the segments involved”.

“We will wait for his progress over the next 72 hours in the Intensive Care Unit to see the response to the course of treatment established for this high-energy trauma,” the statement added. “We have immediately begun the rehabilitation process to achieve the best possible results with our patient.”

Reports in Colombia said Bernal had struck a parked bus while riding at high speed close to his home in Bogota, with images showing the Ineos Grenadiers rider receiving treatment next to a heavily-dented vehicle.

The British team issued their own statement on Monday evening which did not give details of Bernal’s injuries, but did say he had been conscious when transferred to hospital by the team’s medical staff.

We can confirm Egan Bernal has been taken to hospital following a training accident on a Team camp in Colombia this morning.

We will provide a further update on Egan’s condition in due course.

“He is stable and undergoing further assessment,” the statement read.

While the majority of the Grenadiers squad trains in Europe, Bernal had remained in Colombia to prepare for the upcoming season, riding alongside a small group of team-mates that includes former Giro d’Italia champion Richard Carapaz.

We are all hoping you are ok @Eganbernal. So scary to read this news. A sad reminder how dangerous our training can be.

Bernal, who took his second Grand Tour victory in last year’s Giro, signed a new five-year contract with the Grenadiers earlier this month, and had set out his ambitions to target the Tour again this summer.

Several riders and teams were quick to post messages of support to Bernal on social media.

Bernal’s team-mate Tao Geoghegan Hart, the 2020 Giro winner, wrote: “We are all hoping you are ok @Eganbernal. So scary to read this news. A sad reminder how dangerous our training can be.”