Home World Smells Are Going Extinct, So Researchers Are Working to Preserve Them 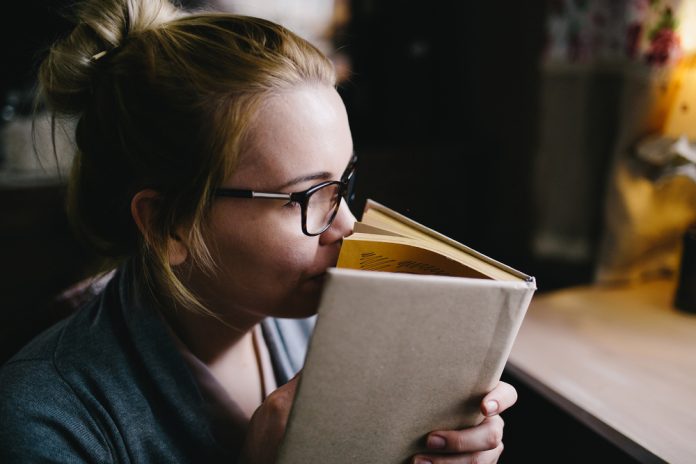 We tend to view preservation in terms of visual and tactile material. George Washington’s childhood home, the Taj Mahal, Stonehenge — what we can see and touch, we can save. But the building blocks of culture extend to other realms of sense, and without them, our reconstruction of any place or time is limited. Perhaps the most neglected sense is smell.

For the few advocates of olfactory history, this oversight is glaring. “When we think about what aspects of culture we consider legacy, we think in very material terms,” says Cecilia Bembibre, a researcher with University College London’s Institute for Sustainable Heritage. “We don’t think about leaving a smell for future generations.” Even in the context of immaterial culture, it’s often forgotten. In 2003 UNESCO established guidelines for “the safeguarding of the intangible cultural heritage.” The guidelines encompass performing arts, oral traditions and festivals, but make no mention of smell.

Nevertheless, Bembibre and a handful of peers are diving nose-first into the cultural landscapes of the world, in search of the aromas that have most shaped human experience. From dusty bookshelves to bustling city streets, they’re working out how — and why — to protect aromas from extinction.

What’s in a Scent?

Every unique smell is composed of volatile chemical compounds — minute molecules wafting through the air we inhale — that combine into a precise blend. One major goal of scent research is to analyze and document these combinations.

Bembibre has characterized the scents of everything from furniture wax to snuff boxes, and the optimal technique varies from case to case. At this early stage in the field’s development, she says, “we’re exploring.” But all the different approaches serve one mission: “The question is, ‘How can we experience a scent authentically once the source has disappeared?’ ” she says. “When the library is no longer there, what is an effective way to evoke the library for the nose?”

One method is called solid-phase microextraction. A few years ago, at St. Paul’s Cathedral in London, Bembibre exposed a sensor to the air wafting around the church’s collection of deteriorating leather-bound books from centuries past. The sensor captured the compounds that make up that cherished odor. Back in the lab, a gas chromatography-mass spectrometry machine separated all the compounds, which could then be recorded and named, resulting in an aromatic recipe of sorts.

Another option begins from the human perspective. Out of curiosity, Bembibre wanted to build the ancient-book scent from scratch, rather than working backward from its chemical constituents. She enlisted perfumist Sarah McCartney to take a whiff of some yellowed pages, and then concoct her own spin on essence-of-library. They then asked a group of people which sample seemed more accurate, the lab’s reconstruction or McCartney’s interpretation. Remarkably, the consensus was split.

The experiment shows that personal input is crucial, too. Does a scent seem musty, intense, sweet, subtle? Pleasant, or unpleasant? These responses are ranked on a scale, in an effort to quantify subjective experience. “With all that information, we can reconstruct it,” Bembibre says. “We can try to reveal that smell outside the library.”

This process works fine for odors whose sources have survived into the modern era. But what of the ones we’ve already lost? Here, the methods are even more diverse. In one example, Norwegian smell researcher Sissel Tolaas collaborated with artist Alexandra Daisy Ginsberg to conjure the scents of extinct plants. Using DNA from bits of leaf in the Harvard herbarium’s specimens, they were able to synthesize natural fragrances from Hawaii, Kentucky and South Africa.

Another player in this field is the Odeuropa project, a consortium of European researchers. The group is employing artificial intelligence to scan thousands of historical images and texts, in seven languages, for references to smell. That catalog will be published online as an encyclopedia, and the researchers will also use it to revive (as best they can) more than 100 scents for display in museums.

Choosing What to Preserve

With tangible heritage — especially buildings and landscapes — the criteria for preservation are fairly well-defined: If it has aesthetic or historical significance, it’s a candidate. Most everyone can see the wisdom in tending Claude Monet’s gardens and not bulldozing the Acropolis. But in the olfactory domain, “we don’t have anything like that,” Bembibre says. “We are developing these criteria for considering a smell culturally important.”

One obvious test is simply how meaningful it is to people. But of course, different groups, and even individuals, have different values. The perfume of the local fish market might feel indispensable to some, intolerable to others. More likely than not, everyone will have their own idea of what matters in the complex and ever-shifting smellscape. Ideally, some sort of community dialogue would inform decisions about which aromas ought to represent a place.

Another complication is that scents are inextricably linked to their context. As Bembibre can attest, Christmas smells much different in wintry London than in the Argentine summer of her youth. In other words, the chemical breakdown isn’t the only important factor — “the way we interpret smells changes constantly,” she says, “with the cultural background and the moment we live in.”

These, among others, are the big questions scent researchers will have to contend with in the coming years. After decades with little recognition, the field is finally gaining support. “Smell is being taken more seriously in academia,” Bembibre says. “There’s more funding for projects that are investigating smells, and we know more about the sense of smell because neural scientists are looking into it.” In late 2020, the Odeuropa team received a $3.2 million dollar grant from the European Union.

As Bembibre has written, “Our knowledge of the past is odourless.” But as she and her peers continue to elevate the odorous, they are unlocking a new dimension of cultural heritage. It could be that future generations will connect to the past with their noses as readily as we do now with our eyes.