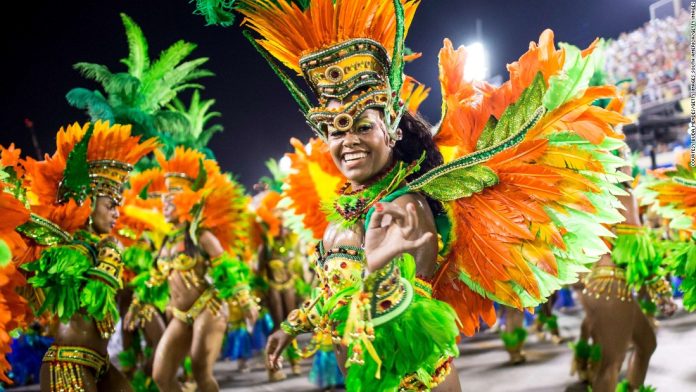 (CNN) — Carnival celebrations in Brazil have had another setback because of a spike in Covid-19 cases.

In a joint statement from their health departments on Friday, the cities of São Paulo and Rio de Janeiro announced the postponement of their official Carnival parades because of the spread of the Omicron variant of the coronavirus.

The move comes just weeks after the cities canceled their informal street parades.

The new date for the parades will be in April. Exact dates were not given in the statement, but RioCarnaval.org is showing new dates of April 20 through April 30 in Rio.

The parades were originally scheduled between February 25 and March 5.

The official websites of the samba school leagues of São Paulo and Rio de Janeiro also provide some details about the new dates.

According to the Liga SP in São Paulo, the parade will take place “during the period of Tiradentes bank holiday (April 21). Meanwhile, Liesa, Rio’s league, says the local parades will happen on April 22, 23 and 30.

At the beginning of January, both cities canceled their street carnival parties, looser events that happen in public spaces and are headed by organizations known as “blocos.”

The joint statement from the health departments provided numbers that indicated the sharp increase in Covid cases in both cities.