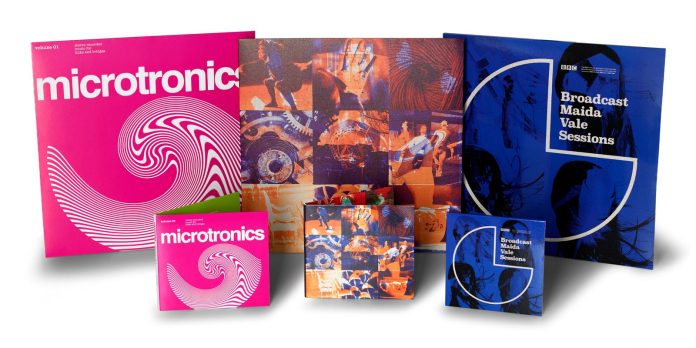 Warp has announced the release of three rare Broadcast albums previously unavailable on digital platforms. Microtronics – Volumes 1 & 2 (originally released as 3″ tour-only CDs in 2003 and 2005), Mother is The Milky Way (originally released as a tour only CD in 2009), and the BBC Maida Vale Sessions are set for a March 18 release on vinyl LP, CD, and digital streaming platforms. Check out “Sixty Forty” from the BBC Maida Vale Sessions below.

Each release has been digitally remastered; Microtronics and Mother is The Milky Way will each receive single LP and CD pressings. The the four BBC sessions, recorded at Maida Vale studios between October 1996 and August 2003, are compiled into a 15-track 2xLP package and a single CD.

Broadcast’s Trish Keenan died in 2011, leaving behind various recordings and demos, though none have been posthumously released. In 2013, the group shared the soundtrack for the film Berberian Sound Studio, which included contributions from Keenan recorded before her death.