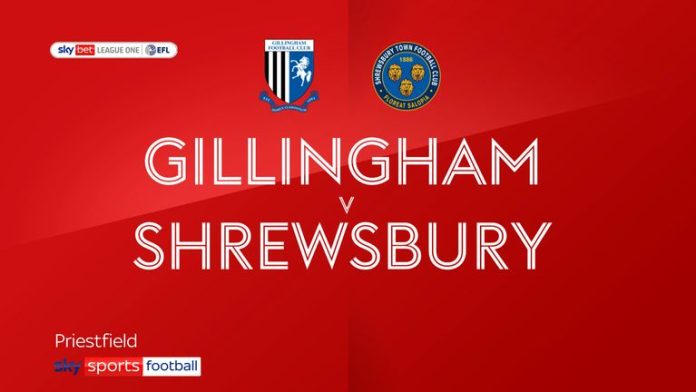 Relegation-threatened Gillingham and Shrewsbury played out a dismal 0-0 draw at Priestfield.

Gills defender Robbie McKenzie headed narrowly wide from Olly Lee’s corner after 10 minutes and Dan Udoh shot off target for the visitors during an uneventful opening to the game.

Town midfielder Elliott Bennett was denied a spectacular opener by Gillingham loanee goalkeeper Pontus Dahlberg, who was at full-stretch to tip his curling free-kick around a post.

Striker John Akinde blazed over from close range following Kyle Dempsey’s cutback as the hosts wasted a rare opportunity nine minutes into the second half.

Gillingham midfielder Dan Phillips then dragged a low shot into the side-netting before substitute Danny Lloyd crashed a speculative 35-yard free-kick against the woodwork six minutes from time.

This draw means that the managerless Kent side have now gone 13 games without a league win and sit nine points from safety, while Shrewsbury leapfrogged Cheltenham into 17th place.

Ireland bring in Hansen for Earls, Sexton starts vs NZ

Ireland bring in Hansen for Earls, Sexton starts vs NZ