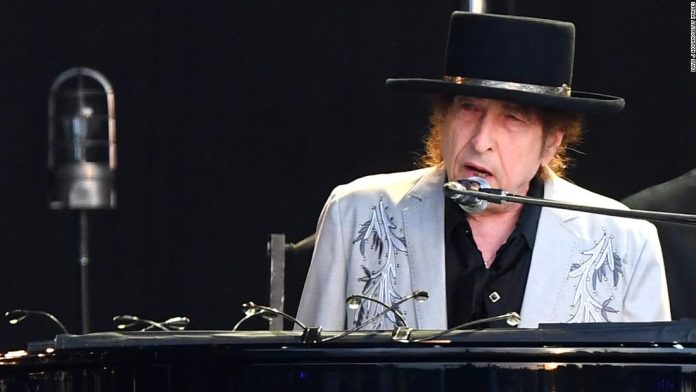 The recording company described the deal for 60 years worth of music as a “landmark agreement” in a statement. The deal was concluded in July last year, but announced Monday.
The deal includes “the entirety of Bob Dylan’s recorded body of work since 1962,” according to Sony Music, beginning with his self-titled debut album and continuing through 2020’s “Rough and Rowdy Ways.” Sony added the agreement also includes the rights to multiple future releases from Dylan.
While the company didn’t disclose the price of the deal, Billboard magazine estimates that the recordings are worth about $200 million, based on the revenue they generate.
“I’m glad that all my recordings can stay where they belong,” Dylan, 80, said in a statement.
Dylan and Sony Music have a long history, dating back to October 1961, when he signed with Columbia Records, which is owned by the recording company, and recorded his debut album that same year.
This isn’t the only mega deal Dylan has signed in recent years. In December 2020, he had sold his entire catalog of songs — which is separate from recorded music rights and covers music and lyrics — to Universal Music Publishing Group. At that point, the agreement was considered a major shift for the singer and songwriter, who had controlled much of his own intellectual property.
Dylan has numerous famous tracks, including “The Times They Are a-Changin’,” “Like a Rolling Stone” and “Mr. Tambourine Man.”
In 2008, he won a Pulitzer Prize special citation for “his profound impact on popular music and American culture, marked by lyrical compositions of extraordinary poetic power.” In 2016, Dylan was awarded the Nobel Prize in Literature for “having created new poetic expressions within the great American song tradition.”
He’s sold more than 125 million records and continues to perform worldwide.