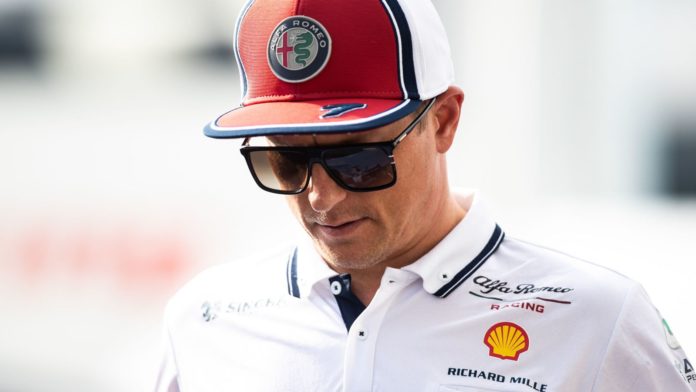 Could Hamilton and Kubica’s points promotions yet be reversed? Alfa Romeo appealing Raikkonen and Giovinazzi sanctions

Alfa Romeo have appealed against the time penalties which cost their drivers points finishes in the German GP – and promoted Lewis Hamilton to ninth.

The hearing will be heard by the FIA on September 24.

Kimi Raikkonen and Antonio Giovinazzi finished seventh and eighth in the manic Hockenheim race but the pair were shuffled out of the top 10 four hours later after the team fell foul of regulations concerning clutch settings before the start.

The reshuffle promoted Hamilton two places into the points and ninth – unexpectedly increasing his championship advantage by two points after a dismal race – and Williams’ Robert Kubica to 10th, opening their account for the season.

But Alfa Romeo boss Frederic Vasseur had signalled his team would appeal and the Swiss outfit formally lodged their complaint with stewards at the Hungarian GP.

“Everything will be disclosed on the 24th of September when the hearing will take place in Paris,” said Alfa Romeo team manager Beat Zehnder.

Alfa Romeo Racing lodged an appeal against the decision No. 56 and 57 of the Stewards of the 2019 German Grand Prix. #GermanGP pic.twitter.com/OJ7V6TznzB

Why were Alfa Romeo penalised?
In post-race scrutineering last Sunday, both Alfa Romeo cars were reported to the stewards by the FIA technical delegate after their race start data was deemed not to be in compliance with the regulations.

The team were found to have contravened the Article in the Sporting Regulations which states that ‘the driver must drive the car alone and unaided’.

In a lengthy technical explanation of why Alfa Romeo had been punished, stewards ruled that ‘the torque in the clutch at the start did not match the torque demand as the driver released the clutch within the specified 70 millisecond maximum period’.

“In the case of both cars of Alfa Romeo Racing, the time that it took for the torque to align with the torque demand was close to 200 milliseconds and 300 milliseconds respectively,” read the stewards’ verdict.

“This provided a more gradual application of the torque, which given the wet conditions was a potential advantage. Regardless of whether there was an actual advantage, the Stewards determined that this was a clear breach of the guidance given to the teams as to how this would be adjudicated.”

Thirty-second time penalties were applied to both Raikkonen and Giovinazzi in lieu of 10-second stop-and-go penalties, which would have been given had they been meted out during the race. The pair dropped out of the points to 12th and 13th respectively.

The loss of 10 points dropped Alfa Romeo behind Racing Point and Haas, whose drivers also gained a position apiece at Hockenheim, to ninth place in the Constructors’ Championship.

Don’t miss the next instalment of F1 2019 at the Hungarian GP this weekend on Sky Sports F1 – the final race before the summer break. Find out how to watch all the 2019 season live.