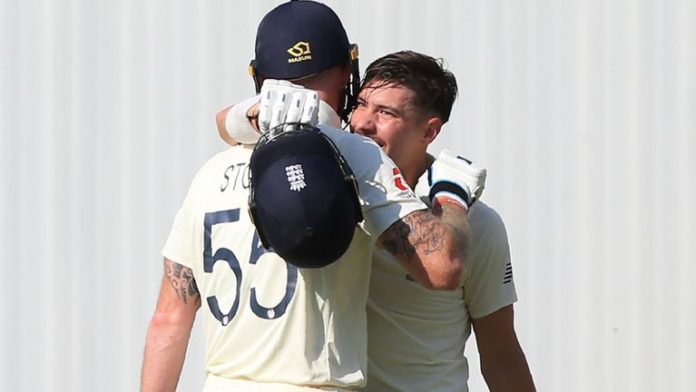 Charles Colvile and Bob Willis are joined by Robert Croft to discuss Rory Burns’ brilliant maiden Test century on day two of the first Ashes Test and what spinner Moeen Ali should have learnt from watching Nathan Lyon bowl.

Bob was forced to admit he needed to eat humble pie having claimed after the Ireland Test that Burns’ was “undetectable”, admiring the opener’s mindset as he took the heart out of the bowling attack.

Robert was equally impressed by England’s top-order showing they could blunt the Australian pace trio, were able to play off spinner Lyon carefully during an innings of “proper old fashioned Test match cricket”.

You can listen to the show above or download here as the trio discussed who had the uglier technique between Steve Smith and Burns.

Also up for discussion…

– How much luck varied for England and Australia on day two, with the bails a key talking point

– Nathan Lyon not attacking the stumps enough and how much of an impact Moeen Ali can have in the third innings with five left-handed Australian batsmen to bowl at.

– How big a first-innings lead England will need and the maximum they will want to be chasing to win the Test in the final innings.

Watch England take on Australia in this summer’s Ashes series, live on Sky Sports Cricket (channel 404) and Sky Sports Main Event (channel 401) from 10am on Saturday.