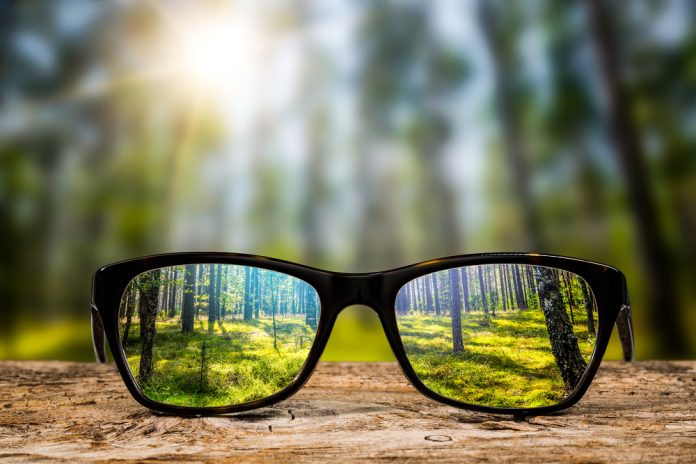 The 2020s saw the end of Karla Rodriguez’s 20/20 vision. The 31-year-old journalist stepped off the train one day and found she could no longer read the signs guiding her to her street exit. “It made me really sad because I used to brag that I never wore braces and I never wore glasses,” she says.

Rodriguez has joined a rapidly expanding group. Almost half the global population is projected to have myopia, or nearsightedness, by 2050, according to a 2016 Ophthalmology study. While myopia usually emerges during childhood, adults are not immune, and many of their current lifestyles introduce the risk factors thought to be driving this upward trend.

Like a camera, the lens in the front of the eye and the length of the eyeball from front to back work together to focus an image on the retina at the back of the eye. In myopia, either the optical power of the lens is too strong or the eyeball is too long. This mismatch prevents the image from being focused directly on the retina, causing faraway objects to appear blurry, explains Donald Mutti, a professor at the Ohio State University College of Optometry.

Myopia typically emerges between the ages of 6 and 12, according to the C.S. Mott Children’s Hospital at the University of Michigan. On average, vision stabilizes by the end of the teenage years, but the tail of the bell curve represents people whose eyes remain malleable into early adulthood. About 20 percent of people with myopia develop it after age 20, says Paul Bryar, an ophthalmologist at Northwestern Medicine.

Generally, the earlier the onset, the more severe myopia is, says Mark Bullimore, an adjunct professor at the University of Houston College of Optometry. Becoming nearsighted later in life is like showing up at a bar half an hour before last call — there’s only so much damage that can be done.

But even mild myopia requires investments of both time and money to manage. Cost is also measured in quality of life, which doesn’t necessarily improve after correction because no treatment is perfect, says Padmaja Sankaridurg, a professor at the University of New South Wales School of Optometry and Vision Science. Glasses are forgotten or broken (or resented); contacts are uncomfortable and unwearable without cleaning solution; refractive surgery carries risks and the results are not always permanent. “The costs associated with myopia are quite significant because it’s pretty much a lifelong burden,” Sankaridurg says.

Adults may become nearsighted because their eyes naturally keep growing long enough to impair their distance vision, says Michelle Andreoli, an ophthalmologist at Northwestern Medicine. Or, some might have a slight tendency toward nearsightedness based on their eye anatomy, but the muscles in their visual focusing system have been able to correct for it. Stress or exhaustion could tire out those muscles, causing myopia to emerge during adulthood, she explains.

While biology is an important factor in developing nearsightedness, the explosion of myopia over time reveals that environment can also play a critical role. But the scientific picture of the precise external forces behind myopia — and whether they are transferable to adults — is a bit blurry itself. Because most research focuses on the more prevalent and problematic childhood myopia, “we’re really left to extrapolate from the literature on children to what goes on in adults,” Bullimore says.

The traditional explanation is that reading, writing and other “near work” encourages the eye to elongate to optimize its focusing system for close-up activities. While using a computer isn’t inherently worse than non-electronic work, people tend to bring their faces closer to screens than to books, upping the near factor that contributes to myopia, says Maria Richman, an optometrist at Shore Family Eyecare in Manasquan, New Jersey.

But some researchers say the rise in myopia in children stems not from close-up work, but from what they aren’t doing instead: playing outside. A 2015 JAMA clinical trial found that adding a 40-minute outdoor period to the end of the school day decreased the number of children that developed myopia. “I don’t think the reading is the bad actor here,” Mutti says. “The kids who are doing well in school might not be very outdoorsy kids.”

What is it about spending time in the natural world that could help us see the world more clearly? One hypothesis, born of a landmark 2010 Investigative Ophthalmology & Visual Science study in chicks, is that bright light triggers the release of the neurotransmitter dopamine in the retina, which counteracts elongation of the eye. Another theory is that time outdoors simply acts as an antidote to near work, allowing the eyes to focus far into the distance.

While further studies are needed to better understand myopia in older populations, the current research suggests nearsightedness could become more common among adults who are no longer commuting to the office. “People who had at least three times a day to enjoy outdoor activity, look far away and give their eyes a break from their computer don’t have that during the pandemic,” Richman says.

Adults should keep in mind that they haven’t necessarily aged out of myopia and continue to care for their eyes. Experts recommend they follow the 20/20/20 rule when working on the computer (look at an object 20 feet away for 20 seconds every 20 minutes), take breaks to spend time outside each day and maintain regular eye exams.

Rodriguez, for one, wishes she had been more proactive about protecting her vision. “The pandemic might last a few years,” she says, “but my eyes are going to be with me forever.”

How ‘Queer Eye’ star battled through insecurities over hair loss

A global show with many micro-moments: IMEX in Frankfurt returns 31 May – 2 June

The ‘lucky country’ is facing a crucial test. The result will affect us all

How ‘Queer Eye’ star battled through insecurities over hair loss