Home Culture Caesars Palace is scrambling to book artists like Keith Urban and others... 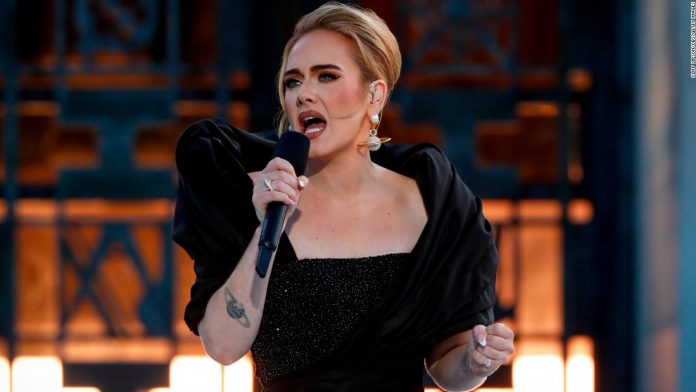 The highly anticipated series of concerts titled “Weekends With Adele” were supposed to kick off last Friday at The Colosseum at Caesars Palace and run through April 16.
A source familiar with the situation tells CNN that although Caesars has publicly supported the Grammy winner in her decision to postpone her shows, behind the scenes “it’s a mess.”
“Now they’re left with empty hotel rooms, angry customers and extra staff,” the source said.
When reached for comment, Caesars Entertainment, which is the resort’s parent company, referred CNN to the statement they released last week.
“We understand the disappointment surrounding the postponement of WEEKENDS WITH ADELE. Adele is an incredible artist, supremely dedicated to her music and her fans. Creating a show of this magnitude is incredibly complex. We fully support Adele and are confident the show she unveils at The Colosseum at Caesars Palace will be extraordinary,” a Caesars Entertainment spokesperson said.
The company did not provide information on potential new dates for rescheduled shows when reached by CNN on Thursday.
Related: Adele surprises fans after postponing residency
Meantime, country star Keith Urban is picking up some of Adele’s dates and will be performing five additional shows at The Colosseum at Caesars Palace from March 25 to April 2.
“Caesars is scrambling to find artists to take over Adele’s dates, but most artists are already booked with shows and tours. It’s nearly impossible to find big stars to fill in at the last minute,” the source added.
Caesars Entertainment declined to comment on potential replacement acts for February and early March. The Colosseum venue has a crowd capacity of 4,100 and has been the residency home of Celine Dion, Elton John, Bette Midler, Cher, Mariah Carey, Rod Stewart and other artists.
Adele attributed the postponement to cases of covid among crew members and delivery delays, stating the team behind the performances had “tried absolutely everything we can to put it together in time and for it to be good enough for you.”
“Half my crew, half my team is down with Covid,” she said. “They still are, and it’s been impossible to finish the show. And I can’t give you what I have right now, and I’m gutted.”
CNN has reached out to representatives for Adele for comment.

Drones, NLAWs and space: 13 lessons military planners will be learning...