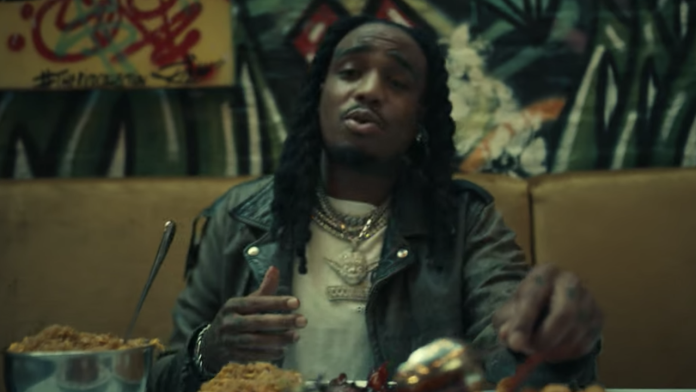 Migos rapper Quavo has shared his latest solo single. “Shooters Inside My Crib” is out now. Listen to it below.

Quavo’s last solo album was 2018’s Quavo Huncho. Last year, Migos returned with Culture III. Quavo has appeared as a featured artist on multiple songs over the past couple years, including Bobby Shmurda’s “Shmoney,” a remix of City Girls’ “Pussy Talk” alongside Lil Wayne and Jack Harlow, and the late Pop Smoke’s “Aim for the Moon.”