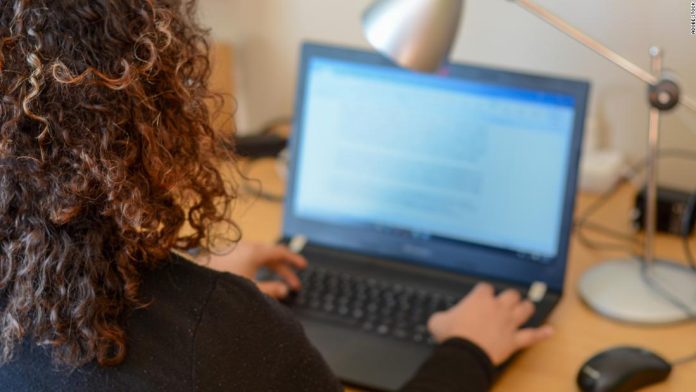 More from Success
Many have attempted to reopen their offices, only to be stymied by new variants or outbreaks that necessitated yet another shutdown or a delayed re-opening.
So some businesses are removing the guesswork altogether by deciding to remain fully remote — permanently.
Here’s what happened when these companies decided to pivot to remote work full-time.

When David Cancel started sales and marketing software company Drift in 2015, he and his co-founder believed strongly in an in-person work culture.
“We were very strict about that. No one worked remotely. Everyone was in the office five days a week. All our rituals were in person, like our meetings, our kickoffs, our events… a very face-time-centric culture,” said Cancel, who is also CEO.
But when the pandemic hit in March 2020, offices across the country — including Drift’s headquarters in Boston and three satellite offices — closed, and work became entirely remote.
“It was a huge panic,” said Cancel. “It wasn’t that we didn’t support work from home, we were against it. We didn’t have any rituals, or setup or practice with doing anything remote.”
At the start, adjusting the company’s culture to a remote model was a challenge.
“The hardest part for me in this transition was I had a limiting belief that I couldn’t hire the most senior people…without meeting them in person. But I was forced to do that [when the pandemic started] and once I saw it happen and see those people get integrated and be productive, then… I said ‘Oh, we should do this forever,'” said Cancel.
In early 2021, the company announced that workers will work remotely full-time, and that office spaces will be used as “conversation spaces” for meetings, collaboration and events. “Those spaces are not to be used for primary work or set up for primary work.”
The about-face on remote work came with benefits for both Cancel and his workers. It allowed him to move back to New York City, for example, and his employees have also been able to make major life moves.
“We’ve seen a lot of advantages to the team: people have moved to lower-cost places, closer to family — and because of those moves, they’ve been able to get married earlier or make different life choices that they’ve been putting on hold for a long time.”
The company decided that employees who relocate to lower-cost cities would not have their pay adjusted.
“We are location-agnostic when it comes to pay,” Cancel said.
Also hybrid work, with workers spending some days in the office and some at home, wasn’t an option.
“Inherently, we have a bias toward people who are around, whether we can detect it or not,” said Cancel, who said he saw this firsthand at a previous company.
“People that were in the office with the managers….they got disproportionately favored for promotions and opportunities. I wanted to make sure we were equitable that no matter where you were…you would have equal opportunity to everything in the company.”

Davis Smith, CEO of outdoor gear and apparel company Cotopaxi, was also firmly against remote work before the pandemic.
But less than two months after employees started working from home in March 2020, he changed his mind.
“We started realizing, [remote work] is working. Our teams are functioning more efficiently than ever before,” he said.
The decision to go fully remote means Smith doesn’t have to worry about the constant decision making that comes with reopening or closing the offices.
“It seems so distracting… we are just focused on building the business and great culture. We’re not worried about having to make all those decisions. There’s been a huge benefit in that — just making that decision early,” he said.
The company kept its Salt Lake City office, and Smith said some employees choose to go in every day. “It’s a small percentage…those people wanted a place to go.”
Smith said he rarely goes into the office these days, but finds that he’s more deliberate with his relationships working remotely. “Every single day I have a goal to do one outreach to someone on our team — I wasn’t doing that before. I wasn’t that intentional, I just thought: ‘Oh I will will run into them in the office.'”
The company has tripled in size during the pandemic and being fully remote has allowed it to build a more diverse team.
“It’s a lot easier to hire a diverse team when you aren’t limited to a specific geography.”
While successful so far, Smith said he still worries about the potential long-term implications of a remote working model.
“I’ve asked myself many times: At what point does this catch up to us? Because so many people are new and maybe they don’t understand the culture as deeply. But our culture has changed and all those rituals and traditions, we had to wipe them clean and start over and we’ve created new [ones] that work for this new environment.”
The company sends employees a weekly poll via Slack that asks about things like engagement, culture and other topics, including compensation and burnout, to help keep a pulse on employee sentiment and morale.
“There has been a lot of power in us saying early on we embrace this new way of working. This is the way of the future: we can either fight it or embrace it and figure it out faster than everyone else,” said Smith.

Pre-pandemic, most of the employees at online brokerage firm Robinhood were expected to be in the office every day.
But in December the company told employees it will become primarily remote, meaning there will be no location or regular in-office requirements for most workers. But it will keep its offices, including its headquarters in Menlo Park, California, open to employees.
The shift to remote work over the course of the pandemic has had a noticeable effect, said Cindy Owyoung, vice president of inclusion, equity and belonging at Robinhood.
“Over time, it became increasingly clear that our employees were happiest and did their best work when they had the flexibility to determine where and when they work best,” Owyoung said in an email to CNN Business.