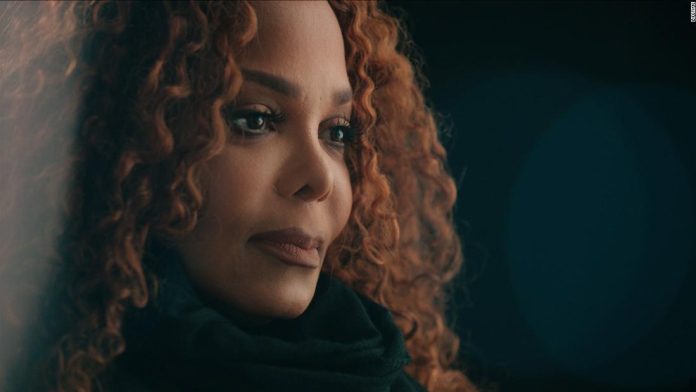 To be fair, plenty of celebrities have been the subject of mostly adoring documentaries, and Jackson has the musical resume to justify such adulation. But few artists come with as much family baggage and history, from the domineering nature of patriarch Joe to the allegations against her brother Michael (detailed in the 2019 documentary “Leaving Neverland”), whose shadow, it’s noted, also hovered over her even as she achieved solo stardom.
Jackson explains the “why now” aspect of this two-night Lifetime presentation (only the first half was made available) by saying, “It’s just something that needs to be done.” The timing comes after a New York Times documentary about the singer’s Super Bowl “wardrobe malfunction,” which highlighted the unfairness of that event and its aftermath in a way that was highly sympathetic to Jackson.
While the opportunity to hear from the youngest sibling of the musically gifted Jackson family brings with it a treasure trove of footage (some previously unseen) and flood of memories, director Benjamin Hirsch appears to be operating within clear parameters that won’t allow for ruffling too many feathers.
Discussing Joe, for example, Jackson says during the opening part that her parents “disciplined all of us,” adding, “Obviously, it worked.” Yet that gives short shrift to the details of her brothers dropping him as their manager, which allowed Joe to focus on Janet before she declared her independence, launching a pair of chart-topping smashes with “Control” and “Rhythm Nation 1814.”
The first part of “Janet Jackson” does address several headline-friendly topics, including questions about Jackson’s short-lived marriage to James DeBarge, and denying the tabloid rumors of her “secret baby.” The responses, however, mostly serve as an indictment of the level of scrutiny and gossip-mongering about the Jacksons through the years.
There’s obviously truth in that, and it’s hard not to wince at footage showing Jackson — at the pinnacle of her career — being peppered with questions about Michael while promoting her tour. Still, “Janet Jackson’s” once-over-lightly approach too often feels narrow in its focus, allowing Jackson to pull back the curtain a little, but not quite enough.
So what is included? Interviews with various family members, third-party celebrity voices praising Jackson, and video like the Jackson 5’s original Motown audition or behind-the-scenes glimpses of Jackson working in the studio (and occasionally butting heads) with producers Jimmy Jam and Terry Lewis.
The Jacksons haven’t suffered for lack of coverage, and there’s interest in hearing their unfiltered side of things. But to those seeking a balanced and unvarnished look, to borrow from one of Jackson’s hits, that’s apparently going to have to wait awhile.
“Janet Jackson” airs Jan. 28-29 at 8 p.m. ET on Lifetime and A&E.

Reporter notebook: Why Bale’s MLS move is good for all involved

England on top after late clatter of wickets