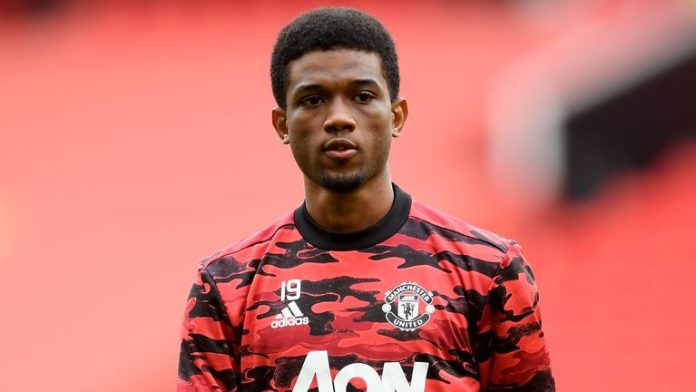 Team news, stats and how to follow Saturday’s matches in the Scottish Premiership, including Ross County vs Rangers on Sky Sports.

Ross County’s Jordan Tillson returns from suspension for the visit of Rangers. The Staggies midfielder was banned for two games after being sent off against Motherwell.

Fellow midfielder David Cancola misses out with a groin problem.

The 19-year-old Manchester United winger is joined by Ryan Kent, who is back from suspension, and Joe Aribo, back from international duty.

Alfredo Morelos is away with Colombia while Ianis Hagi is out for the rest of the season following a knee operation. Steven Davis, Filip Helander and Leon Balogun are working their way back to fitness, while Nnamdi Ofoborh is a
long-term absentee with a heart condition.

How to follow: Watch Ross County vs Rangers live on Sky Sports Football from 12pm on Saturday; kick-off 12.30pm. Free match highlights will be published on the Sky Sports website, app and YouTube channel later that evening.

The Netherlands youth international’s work permit has been finalised.

Jonny Hayes and Jack MacKenzie are back in training and could return from injury but Marley Watkins (foot) remains out, along with long-term absentees Andy Considine and Mikey Devlin.

Melker Hallberg will make his St Johnstone debut at Pittodrie after joining from Hibernian.

Recent recruit Nadir Ciftci is out with the hamstring injury he suffered against Dundee in midweek and could be absent for several weeks.

Michael O’Halloran (hamstring) is rated 50-50 by manager Callum Davidson, while Shaun Rooney and Craig Bryson are both sidelined by ankle problems and David Wotherspoon (knee) is out for the season.

Celtic boss Ange Postecoglou is still without a number of players but has no new injury worries for the cinch Premiership game against Dundee United at Parkhead.

Tom Rogic and Daizen Maeda are away on international duty.

Dundee United begin life without Jeando Fuchs after selling the midfielder to Peterborough.

Former Celtic defender Charlie Mulgrew missed the midweek win over Ross County with a muscle injury but Peter Pawlett is expected to shake off a knock that he picked up against the Dingwall side.

Liam Smith (knee) and Kai Fotheringham (ankle) are working their way back to fitness.

Mullen missed the midweek draw against St Johnstone with a sickness bug. Niall McGinn and Jay Chapman are in line for home debuts. Jordan Marshall remains a doubt while Cillian Sheridan (Achilles) and Lee Ashcroft (hamstring) are long-term absentees.

St Mirren have no fresh injury concerns for the trip to Tayside. Defender Conor McCarthy (hamstring) remains out.

Hearts have been dealt a blow ahead of the visit from Motherwell after manager Robbie Neilson confirmed that Craig Halkett will be missing for several weeks with a hamstring injury sustained against Celtic in midweek.

He is likely to be replaced in central defence by new signing Toby Sibbick, who joined from Barnsley on Thursday.

Michael Smith is out with a back issue but Taylor Moore returns to contention after missing the last two games through injury.

Liam Donnelly is suspended for Motherwell after being sent off against Hibernian in midweek.

Centre-back Bevis Mugabi will be assessed after returning to training on Friday but Rickie Lamie and Mark O’Hara remain on the sidelines.

Hibernian welcome back Ryan Porteous for Saturday’s match at home to Livingston following a three-game suspension.

Fellow centre-back Paul Hanlon is likely to remain on the sidelines after missing the midweek draw at Motherwell with a heel injury.

Key midfielder Kyle Magennis is still working to build up his fitness after a four-month absence with a groin problem.

Sebastian Soto could make his Livingston debut at Easter Road. The 21-year-old United States forward signed on loan from Norwich earlier in the week.

Craig Sibbald and James Penrice are back in training following their respective injuries.