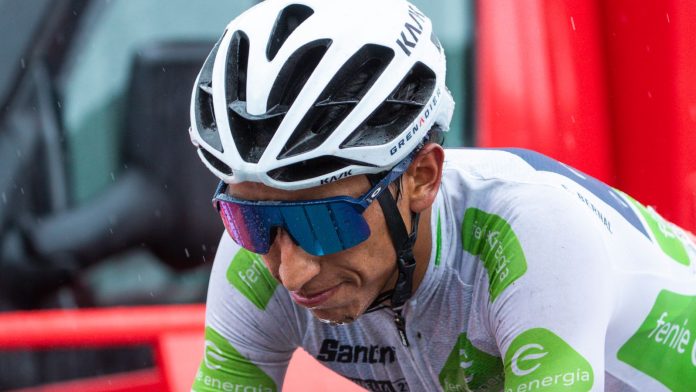 A statement released by the hospital overnight said Bernal is due to have further surgery, adding that he is making good progress having had medication used to treat low blood pressure withdrawn.

Two-time Grand Tour winner Egan Bernal has revealed how close he was to being left paraplegic in a horror training crash in Colombia earlier this week as he gave thanks for the treatment he has received.

The 2019 Tour de France winner and 2021 Giro d’Italia champion remains in intensive care at the Clinica Universidad de La Sabana in Bogota after hitting a stationary bus at high speed while riding on his time trial bike on Monday.

A post on Bernal’s Twitter page said: “Having had a 95 per cent chance of becoming a paraplegic and nearly losing my life doing what I love to do most, today I want to thank God, @ClinicaUsabana, all the specialists for doing the impossible, my family, and all of you for your wishes.

“I’m still in the ICU waiting for more surgeries but trusting in God everything will be fine.”

The road to recovery starts with a 👌

We’re so happy to share this from @Eganbernal ❤️ pic.twitter.com/g8FMytzPg5

The post gave the first public comments from Bernal, who suffered fractured vertebrae, broke his right femur, right patella and ribs, and also suffered chest trauma and a punctured lung in the incident.

A statement released by the hospital overnight said Bernal is now due to have further surgery but added that he is making good progress, having had medication used to treat low blood pressure withdrawn.

“Egan Bernal Gomez has continued with the expected recovery and with a favourable trend,” the statement said.

“Egan continues with his rehabilitation plan, he has not shown signs of infection, he is also in good spirits and thanks to his improvement his vasopressor medication was withdrawn.

“In addition to communicating his good state of health, we inform that at this time the patient is in a regeneration or tertiary trauma period.

“Therefore, tomorrow he will have two surgeries, which are secondary procedures that are not life-threatening.

“The first is an osteosynthesis of a fracture to the second metacarpal of the right hand, which will be performed by the hand surgery team. The second is a maxillo-facial to manage dentoalveolar fractures in his mouth.”

I’m sending @Eganbernal my warmest wishes for a speedy recovery. Egan, I look forward to seeing you bounce back stronger than ever and sharing the road with you wherever we race!

Bernal’s Ineos Grenadiers team-mate Brandon Rivera is now also receiving treatment at the same hospital after suffering a fractured and dislocated elbow in a separate training crash on Thursday.

Reacting to Bernal’s crash, his team-mate Tom Pidcock earlier this week raised concerns about the “extreme” positions that riders are using on time trial bikes, and said it made training on open roads very dangerous.

Pidcock, who broke a collarbone when he came off his own time trial bike last summer, said: “It’s terrible news, and it touched a nerve with me after my crash. It shows how vulnerable we are and how it can go wrong so quickly. It’s distressing to see.

“A lot of accidents have happened on time trial bikes. The position (on the bike) is getting more and more extreme and we’re trying to hold a position where we don’t necessarily see where we’re going.

“It’s evident it’s getting more dangerous. We don’t need to stop progression but we need to think about how we can train in a safer way.”