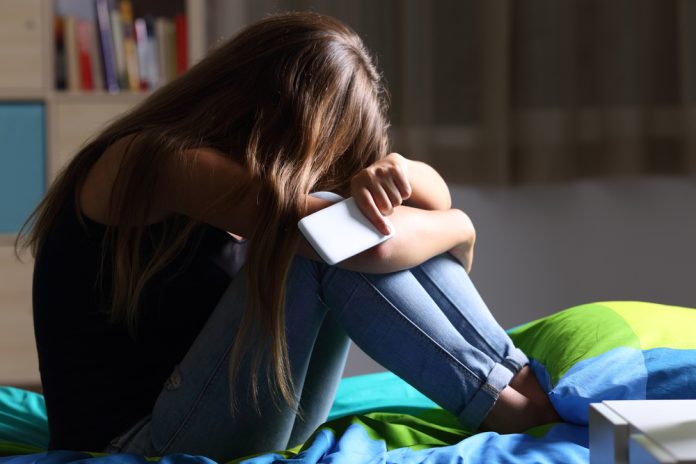 Everything in moderation. But that’s easier said than done when it comes to social media.

Sen. Richard Blumenthal, who chairs the United States Senate subcommittee on consumer protection, has previously warned of social media’s damaging effects on teenagers’ mental health by calling it “addictive.” The algorithms that power apps like Instagram and TikTok are designed specifically to “exploit and profit from children’s insecurities and anxieties,” he added.

Excessive social media use can come at the expense of real-world interactions, which can worsen any existing forms of depression and anxiety, says Judith Anderson, a health psychologist at the University of Toronto in Canada. “I’ve noticed a malaise that’s happening with teenagers lately – and I mean more than just the regular teenage angst of not knowing what to do with life,” she says. “It could be the generalized negativity of the pandemic seeping through, but I also think the pandemic and lockdowns have pushed them to spend more time on social media and they can end up going down rabbit holes.”

Studies back up Anderson’s claim. According to a report by Pew Research, as many as 45 percent of teenagers are said to be online “almost constantly.” Online isolation in which a person is constantly scrolling through social media feeds can end up giving them a false view of how the real world works, says Anderson, especially for teenagers going through such a formative phase of their life.

“Doomscrolling can also cause raised anxiety, muscle tension, migraines and brain fatigue. All of this can be biochemically and physiologically measured,” says Anderson. “It drains your overall energy to study or do whatever else you want to do.”

Too much screen time is especially a concern for victims of bullying because the abuse no longer stops at the school gates. Reliable data on online harassment can be hard to come by, says Anne Marie Albano, director of the Columbia University for Anxiety and Related Disorders, but it’s thought LGBTQ teens are particularly at risk of cyberbullying.

While observers say it’s unlikely that social media platforms will voluntarily introduce protective measures such as an enforced time out for over-users or controlling what adverts minors see, there are practical things that parents can do to help.

First thing’s first, parents need to set an example. “Parents have to put their phone down to model it to their kids,” says Anderson. Additionally, it can be helpful for parents to establish rules for when and where their teenagers are allowed to scroll.

“You can have rules like not having phones or tech at the dinner table or if you’re watching TV then you aren’t allowed to also be scrolling on your phone, but you as the parent have to also follow them,” she says. “It’s too difficult to do a wholescale restructure of family life during the pandemic in order to reduce your kids’ social media consumption, but you can reset small boundaries and be really clear about them. These small things incrementally reduce exposure to social media, and it all adds up. You don’t need to reorganize your whole life.”

Parents can also help their children “train” the algorithms to prioritize happy, positive content rather than negative and draining posts. TikTok and Instagram Reels, for example, show their users what they think they want to see, and it bases that decision on what other things that person has been posting and watching. So, the more a person watches cute puppy videos, the more likely it is that their timelines will be full of feel-good clips. The converse is also true; the more someone looks at negative and harmful imagery, the more likely they are to see similar stuff in the future. “It’s not just what you look at, but how long you look at it,” says Anderson. “Parents can pick up their kids’ phones and help with that.”