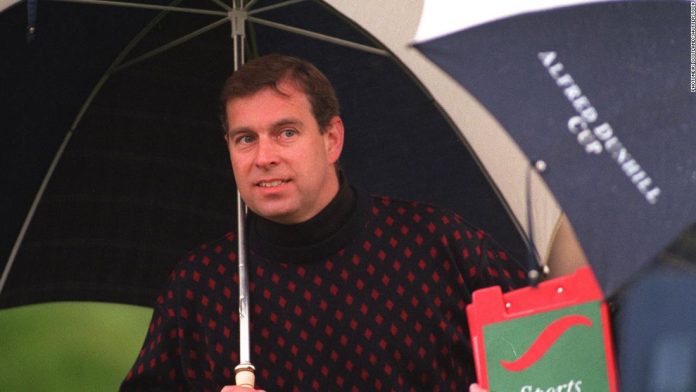 “I can confirm that The Royal and Ancient Golf Club of St Andrews has received notification that the Duke of York will relinquish his Honorary Membership,” said a spokesperson for the Scottish club in a statement sent to CNN on Friday. “We respect and appreciate his decision.”
Known as the “Home of Golf,” the game in various forms has been played over the St. Andrews links since the 15th century. The historic seaside and university town north east of Edinburgh on Fife’s east coast is home to seven golf courses with the Old Course at its heart.
The 150th Open is due to be staged at St Andrews on the Old Course in July. The Open is one of golf’s four majors.
A keen golfer, Andrew had been a member of the club since 1992 and was captain between 2003 and 2004 in which time the Royal and Ancient celebrated its 250th anniversary.
He is the only member of the royal family to have served on committee and is the sixth member of the royal family to captain the club, which he has previously said was an “enormous privilege.”
When a new captain at the Royal and Ancient golf club begins their tenure they hit a drive from a tee to signal their start of their office.
A 2006 painting by Anthony Oakshett, specially commissioned by the club to mark its 250th anniversary depicts Andrew “driving into office,” according to the R&A’s website.
Andrew has already had his royal titles stripped by Buckingham Palace and is now the only one of his siblings no longer referred to as His (or Her) Royal Highness.

Andrew formally denied allegations that he sexually abused Virginia Giuffre and has demanded a jury trial in her civil lawsuit, according to a legal filing Wednesday in the US District Court for the Southern District of New York.
Giuffre alleges that she was trafficked by convicted sex offender and disgraced financier Jeffrey Epstein and forced to perform sex acts with the royal — claims that Andrew denies.
Giuffre brought her case under the Child Victims Act, a state law enacted in New York in 2019 which expanded the statute of limitations in child sex abuse cases to give survivors more opportunities to seek justice. An attorney for Giuffre told CNN in August that filing the civil case was to show “all perpetrators of abuse should be held accountable.”
She is seeking damages “in an amount to be determined at trial,” as well as attorneys’ fees and other further relief “as the Court may deem just and proper,” according to the lawsuit.
Visit CNN.com/sport for more news, features, and videos
Andrew formally denied the allegations against him and demanded a jury trial in an 11-page legal filing on Wednesday.
His attorneys previously filed a motion to dismiss but that effort failed in early January.
The prince’s reputation has already been severely tarnished by his relationship with Epstein — and his friendship with Epstein’s former partner, Ghislaine Maxwell, who was convicted in December for her role in facilitating Epstein’s abuse.