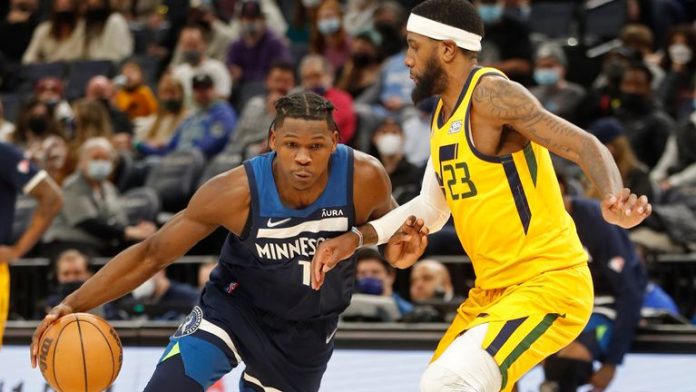 Utah Jazz forward Joe Ingles is out for the season after an MRI showed he has suffered a torn ACL in his left knee, the team announced.

He suffered no other structural damage to his knee and surgery on the injury will take place in the next several weeks.

ESPN’s Adrian Wojnarowski and Sarah Todd of The Deseret News both report Ingles will need to get a range of motion back in his left knee before the surgery can take place.

Ingles suffered the injury in Sunday’s 126-106 road loss to the Minnesota Timberwolves. His left knee appeared to buckle as he drove to the basket with 5:52 remaining in the second quarter and he was eventually was helped off the court but wasn’t putting any weight on his left leg. The Target Center crowd went silent as Jazz teammates and staff surrounded Ingles.

After the game, the team announced Ingles would undergo an MRI on Monday to ascertain the extent of the injury. Wojnarowski later reported the Jazz are concerned Ingles’ injury is “significant.”

Ingles, who has played all 634 of his regular and postseason season games with Utah since 2014, is averaging 7.4 points and 3.5 assists per game while shooting 35.1 per cent from 3-point range this season.

“I feel bad for him,” said Utah assistant head coach Alex Jensen, who was filling in for head coach Quin Snyder due to Snyder being in Health and Safety Protocols. “Hopefully it’s better than we all think.”

The Jazz entered Sunday night having lost 10 of their last 12 games while dealing with the continued absences of Donovan Mitchell (concussion protocol) and Rudy Gobert (calf strain). Snyder and recent free-agent signee Danuel House were also late additions to the Health & Safety Protocols.

Ingles is in the final year of the four-year, $52 million deal he signed in 2017 and will be an unrestricted free agent this summer. Utah is hoping to enjoy further playoff success after being upset in the Western Conference semifinals in 2021 despite entering as the overall No 1 seed.