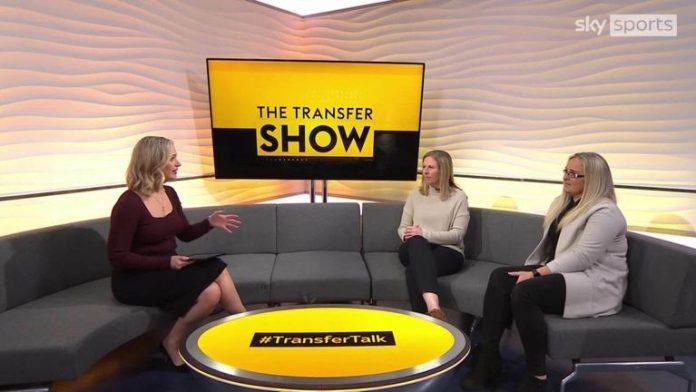 Manchester United will host derby rivals Manchester City in the fifth round of the Women’s FA Cup.

A third-tier side will make it through to the quarter-finals, with Ipswich entertaining Southampton, who knocked out Bristol City in the last round.

Sealing the deal with a hat-trick and into the next round of the FA cup. What a day. 64 and counting 🤩 pic.twitter.com/uvG7KmsxXo

The ties are scheduled to be played on February 27.

The Solskjaer family wrote another chapter in Manchester United’s history on Sunday when Karna made her debut for the women’s team, following in the footsteps of Ole Gunnar as the pair become the first father and daughter to play for the club.

The Norwegian, 19, came off the bench in the 85th minute of a 2-0 FA Cup win away to Bridgwater United as her father, who was renowned for his goalscoring feats as a substitute, proudly watched on from the stands.

Ole Gunnar Solskjaer was sacked as coach of United’s men’s team last November and will be more fondly remembered for his playing career, scoring 126 goals in an 11-year spell, most famously hitting the winning strike in the 1999 Champions League final against Bayern Munich after coming off the bench.

Karna was given her first opportunity in the women’s first team after scoring for the youth academy in a 5-0 win over Aston Villa last week.

“Obviously she’s got a famous dad but she wants to be famous in her own right,” said Manchester United Women head coach Marc Skinner.

“We were privileged to have Ole as our manager, as well as a wonderful player for this club, but again, it stops becoming about Ole as much and more about Karna.”