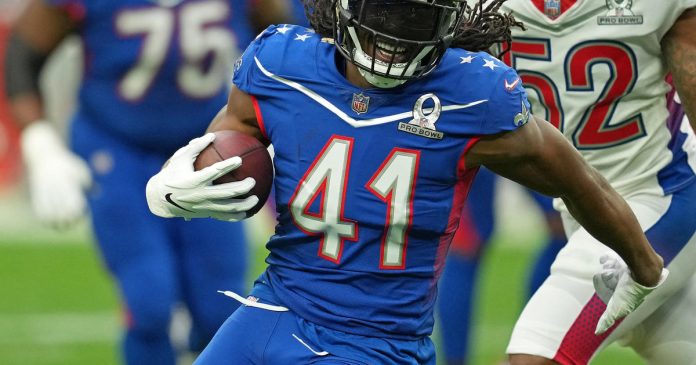 Las Vegas — After playing in the Pro Bowl on Sunday, Saints running back Alvin Kamara was arrested and accused of beating someone the night before in a Las Vegas nightclub.

Kamara had four catches for 23 yards for the NFC in the game, then was taken into custody and booked at the Clark County Detention Center on charges of battery resulting in substantial bodily harm.

Kamara remained in jail Sunday night. His bail was set at $5,000 and a court hearing is scheduled for Monday afternoon, a jail official said.

Las Vegas police say they were dispatched to a hospital Saturday where a person had reported a battery at a nightclub. The police said detectives determined the victim was battered by Kamara.

The Saints and Kamara’s agent didn’t immediately respond to a request for comment.

The 26-year-old Kamara is one of the top running backs in the NFL. He had 1,337 yards from scrimmage and nine touchdowns this season on the way to being picked for his fifth Pro Bowl in five seasons as a pro.