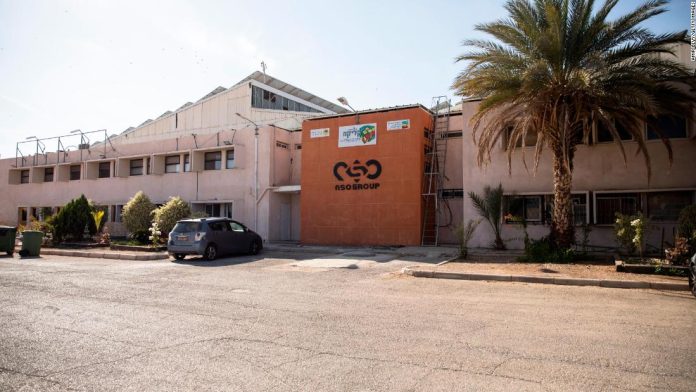 The development comes after a new report by the business news website Calcalist alleging that phones belonging to, among others, several heads of government ministries, a leading businessman, a co-defendant in the trial of Benjamin Netanyahu, and even one of the former Prime Minister’s sons, were infiltrated with Pegasus spyware.
It is the latest report by the website, which is linked to Israel’s leading Yedioth Ahronoth newspaper, detailing alleged police use of the NSO Group-made Pegasus software. Like its previous reporting on the story, the website did not provide any information about its sources, nor did it provide any dates when the alleged illegality took place.
Earlier Calcalist reports have focused on the alleged failure to seek authorization for the use of Pegasus but the latest allegations go much further by suggesting widespread surveillance of people under no suspicion of any wrong doing.
“Calcalist can reveal for the first time a list of dozens of citizens who were targeted by Israel Police, having their phones hacked by NSO spyware and their personal information swiped and filed away. The surveillance was conducted to phish for intelligence even before any investigation had been opened against the targets, and without judicial warrants,” the article began.
Within hours of the report’s publication, Israel’s Public Security Minister, who has overall responsibility for the police, announced he was asking Cabinet colleagues to approve the establishment of a government commission of inquiry into the use of spyware and other electronic snooping technologies, “to investigate in depth the violation of civil rights and their privacy in the years in question.”
Prime Minister Naftali Bennett also commented, saying, “The reports about Pegasus, if they are true, are very serious. This tool and similar tools, are important tools in the fight against terrorism and severe crime, but they were not intended to be used in phishing campaigns targeting the Israeli public or officials — which is why we need to understand exactly what happened.”
The allegations pile further pressure on Israel’s police forces, which have been under fire since the first Calcalist report last month alleging use of Pegasus. Last week, in a vaguely-worded statement, police admitted that what they called “additional findings” from an internal investigation had been passed on to the Attorney General’s office, which opened its own investigation into how Israeli police monitors electronic communications.
Speaking on Israeli radio Monday morning, police spokesman Eli Levy insisted that all police actions investigated thus far had been carried out legally.
“Up to this point, there has been no known wrong-doing in the work of the police. We are transparent and open to any investigation,” he said. “If it is found that a police officer or an official wearing a uniform has committed a criminal offense, he will be prosecuted instantly.”
Among those whose phones were allegedly infected with Pegasus is Iris Elovitch, a co-defendant in the corruption trial of former Prime Minister Netanyahu. Lawyer Jack Chen, who is representing Elovitch’s husband, Shaul, who is also on trial, said the revelations meant the trial should be suspended.
One of Netanyahu’s senior Likud party colleagues, Yisrael Katz, echoed that sentiment on Twitter.
“In light of what has been exposed in the past few days, and this morning, I demand an immediate freeze of all of the legal proceedings against Binyamin Netanyahu … A gross attempt was made here to topple an incumbent prime minister through illegal means and there is a grave threat to democracy in the State of Israel,” Katz tweeted.
Proceedings in the trial, being held at Jerusalem’s District Court, continued Monday as planned, though prosecutors were given until 7:00 p.m. to say whether the current witness, Dana Neufeld, a legal advisor at the Communications Ministry during the period in question, was among those under surveillance.