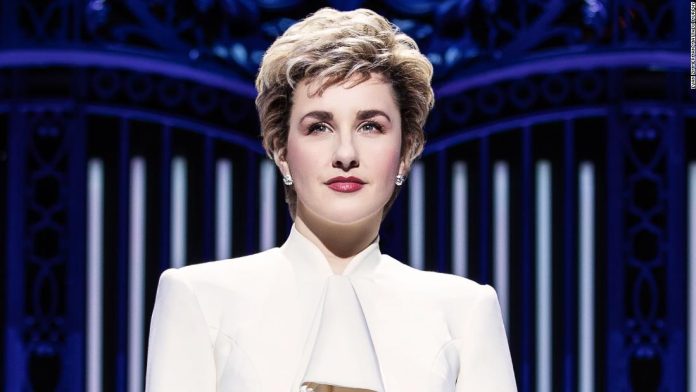 The 42nd Razzie Award nominations were announced Monday, and they included a musical tribute to the late Princess Diana, Jared Leto in “House of Gucci,” the movie “Karen” and a special category for Bruce Willis.
Netflix’s “Diana the Musical” topped the list with nine nominations including worst picture, worst director and all of the acting categories.
It was followed by the thriller “Karen” which scored five noms.
This year a special category was added for Bruce Willis, a favorite of the Razzies.
“Worst performance by Bruce Willis in a 2021 movie” highlights eight of his roles.
The Golden Raspberry Awards (the formal name for the Razzies) nominations are decided by 1,128 voting members from 49 US states and more than two dozen foreign countries who cast their 2021 ballots online, selecting five top contenders in each of the nine categories.
As per tradition the “winners” will be announced March 26, which is the day before the Oscars.
The nominees are as follows:

“Diana the Musical” (The Netflix Version)
“Infinite”
“Space Jam: A New Legacy”
“The Woman in the Window”

WORST PERFORMANCE by BRUCE WILLIS in a 2021 MOVIE

Any Klutzy Cast Member & Any Lamely Lyricized (or Choreographed)
Musical Number / “Diana the Musical”
LeBron James & Any Warner Cartoon Character (or Time-Warner Product) He
Dribbles on / “Space Jam: A New Legacy”
Jared Leto & EITHER His 17-Pound Latex Face, His Geeky Clothes or His Ridiculous Accent / “House of Gucci”
Ben Platt & Any Other Character Who Acts Like Platt Singing 24-7 is Normal / “Dear Evan Hansen”
Tom & Jerry (aka Itchy & Scratchy) / “Tom & Jerry the Movie”