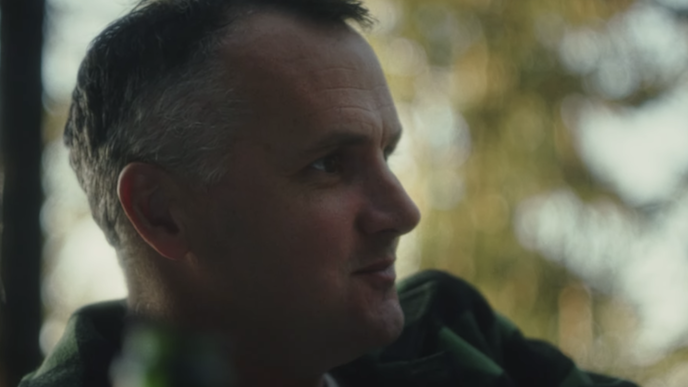 Phil Elverum has announced a forthcoming documentary titled There’s No End. Mattias Evangelista directed it, with Elverum credited as a producer. A release date for There’s No End has not yet been announced. Watch a trailer for the film, wherein Elverum discusses parenting and “making the leap into belief,” below.

Elverum, Evangelista, and director of photography Riley Donovan all shared individual statements about their work in the YouTube description for the clip. Elverum wrote:

I always try to just be myself. Sometimes I make songs and albums of spilled guts deep reaching ideas and send them out to all the strangers in the world, but mostly I’ve tried to keep the real daily life private. I’ve wanted to share the meat and hide the skin. Now I find myself surprised to be revealing a beautifully filmed portrait version of this home life; the simple routines with my young daughter, the meandering ideas that burble out unformed. Our lived moments aren’t the art project, but a picture of our little world with its everyday light and shadows, the place where we actually live. Coffee and oatmeal on a school morning, talking again about death and jokes and emptiness.

The documentary is the latest undertaking from Elverum, who has a 10xLP Microphones box set in the works. It’s set to be released in mid-February, according to Elverum’s website. Elverum revived the Microphones name for the first time in 17 years with Microphones in 2020, which got its own documentary-short and photo book counterparts. He’s set to tour the United States, beginning in California, next week.