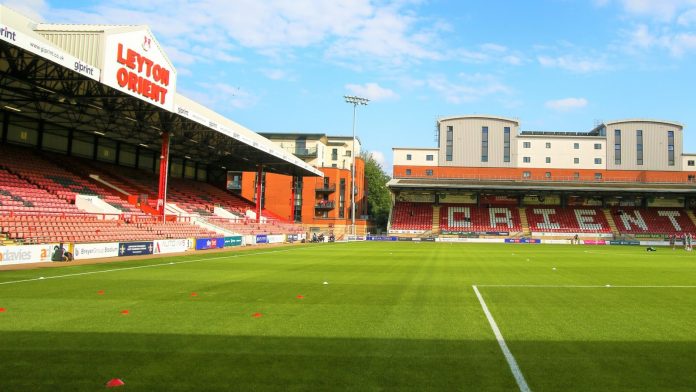 Leyton Orient said the individual would be banned from attending fixtures until the conclusion of a police investigation; Sky Sports News has been told by the Metropolitan Police that the 59-year-old man has been released without charge, with no further investigation

A Leyton Orient supporter has been released without charge after being arrested for alleged racist abuse towards Colchester forward Corie Andrews in Saturday’s League Two match.

The Colchester bench reported the alleged racist abuse to the fourth official at the Breyer Group Stadium, with police later confirming a 59-year-old had been arrested on “suspicion of a racially aggravated public order offence”.

Leyton Orient said in a statement that the individual would be banned from attending any of the team’s fixtures “until the conclusion of the police enquiry”.

The Metropolitan Police have now told Sky Sports News that there will be no further investigation and the man has been released without charge.

Colchester also released a statement after the game, which read: “Following the reports of racial abuse aimed at Corie Andrews, Colchester United support Leyton Orient and the police as they investigate the incident at the Breyer Group Stadium.

“We hope that should any person be found guilty of racial abuse of any description, they will be punished in the strongest possible way, and Colchester United would like to reiterate that we abhor discrimination in all its forms.

“The club will support Corie Andrews in any way that he needs following the match at Leyton Orient.”

Kick It Out reporting racism

Online Reporting Form | Kick It Out

Kick It Out is football’s equality and inclusion organisation – working throughout the football, educational and community sectors to challenge discrimination, encourage inclusive practices and campaign for positive change.