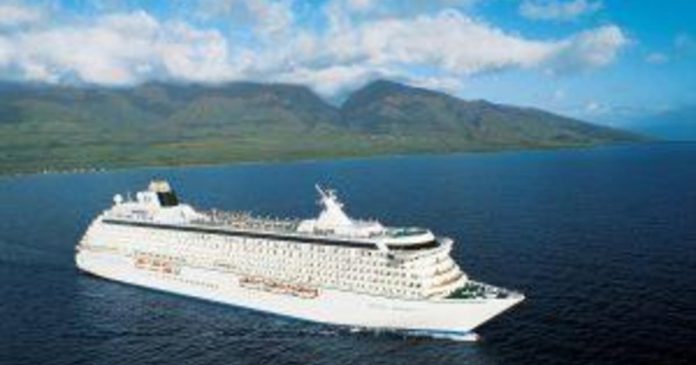 Two Crystal Cruises ships — the Crystal Symphony and the Crystal Serenity — have been seized in the Bahamas, according to multiple reports.

The Crystal Symphony was scheduled to dock in Miami on January 22, but instead sailed to the Bahamas after a U.S. judge granted an order to seize the vessel as part of litigation over unpaid fuel. Its sister ship, the Crystal Serenity, was diverted to the Bahamas last week. Passengers from both vessels were ferried to Florida.

The luxury ships were anchored in Freeport as of Saturday, according to Bloomberg News. The seizures were first reported on Saturday by Cruise Law News, a site run by Florida maritime law attorney Jim Walker, who cited crew members from the ships as his sources for information.

A lawsuit filed in a Miami federal court by Peninsula Petroleum Far East claims Crystal Symphony was chartered or managed by Genting Hong Kong-owned Crystal Cruises and Star Cruises, both of which are being sued for breach of contract for owing $4.6 million in fuel payments.

“Crystal Serenity and Crystal Symphony’s voyages ended last month and there are no guests onboard,” a company spokesperson told CBS MoneyWatch in an email.

“The officers and crew on board are being well cared for and staying in single accommodations, some of which are guest staterooms,” the spokesperson added. “We are making sure they are comfortable and able to enjoy the various amenities on board. Crew members have been paid all wages due and we are meeting and exceeding all contractual obligations.”

Passengers aboard the Crystal Endeavor disembarked Friday in Argentina after officials in that country held up the ship over an unpaid bill, according to Seatrade Cruise News. The issue was resolved, and the ship set sail on Saturday night headed to Uruguay, the site reported.

Genting Hong Kong last month said it was running out of cash, with Crystal Cruises suspending its Ocean and Expedition Cruises through late April and River cruises through May.

“Suspending operations will provide Crystal’s management team with an opportunity to evaluate the current state of business and examine various options moving forward,” the said company in a statement.