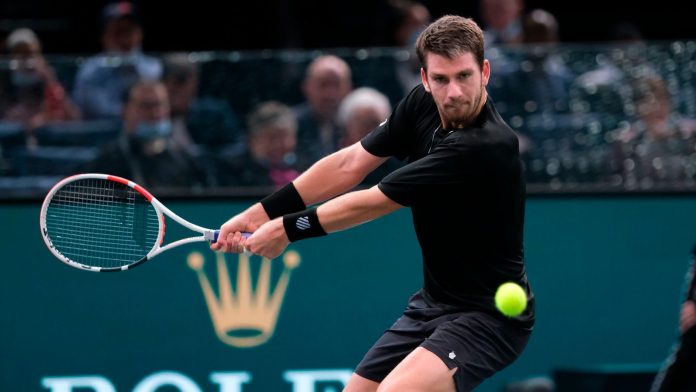 Cameron Norrie beats Ugo Humbert in straight sets at ABN Amro World Tennis Tournament in Rotterdam; the British No 1 claims a 6-2 6-4 victory to register his first win of 2022; Norrie will play Karen Khachanov or Alexei Popyrin in next round

Cameron Norrie recorded his first win of 2022 by beating Ugo Humbert in straight sets in Rotterdam.

The British No 1 had been beaten in the first round of the Australian Open after losing all three of his matches at the ATP Cup.

But Norrie, who lifted two ATP titles in a stellar 2021, returned to winning ways by easing past Frenchman Humbert 6-2 6-4.

The world No 13 broke in the first game of the match and raced into a 4-0 lead on his way to taking the opening set.

Humbert fought back in the second and led 4-1 after a break of serve, but Norrie reeled off five games in a row to book his place in the last 16, where he will face Karen Khachanov or Alexei Popyrin.

Fourth seed Hubert Hurkacz saw off Jo-Wilfried Tsonga of France with a 6-4, 7-6 victory and will play Italian Lorenzo Musetti or Mikael Ymer of Sweden in the last 16.