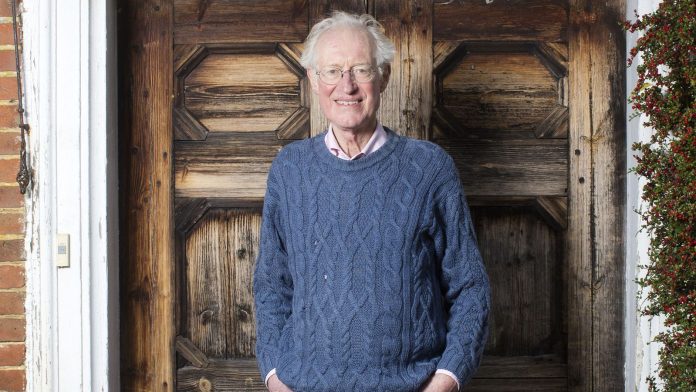 The former host of University Challenge Bamber Gascoigne has died aged 87, his representative has said.

The presenter, who was the original quizmaster on the BBC show from 1962 to 1987, died at home after a short illness.

In 2014, Gascoigne inherited a 14th century Surrey estate, West Horsley Place, from his aunt the Duchess of Roxburghe, where he later built an opera house.

A statement from the Grange Park Opera said: “TV presenter and author Bamber Gascoigne has today (8 February 2022) died at his home in Richmond after a short illness.

“The 87-year-old – famous for being the original host of BBC’s University Challenge – had been married to his wife Christina, a potter, for five years.”

He became known for phrases such as “your starter for 10”, “fingers on buzzers” and “I’ll have to hurry you”, and was famously parodied by Griff-Rhys Jones on The Young Ones in 1984.

He was later played by Mark Gatiss in the 2006 film Starter For Ten, which followed a team on University Challenge.

Away from quiz shows, he wrote the novel Murgatroyd’s Empire in 1972, and later hosted the documentary series The Christians in 1977.

Elsewhere, he was also part of Victorian Values in 1987 and The Great Moghuls in 1992.

Gascoigne was made a CBE in 2018 in the Queen’s birthday honours, for services to the arts.

Comedian Paul Sinha, who is a member of The Chase team, said: “It seems that Bamber Gascoigne has passed away.

“His effortless erudition, making whole swathes of impenetrable knowledge seem cheerfully accessible, was totally inspiring to this kid of the 80s. Sadly we may never see his like on our screens again.”

University Challenge legend Bobby Seagull added: Farewell Bamber Gascoigne. “The OG host of #UniversityChallenge. He was host 1962-87 and set the tone for one of the best UK TV quiz shows.

“Scholarly, gentle and yet commanding, he joins the pantheon of great gameshow hosts. We shall miss you. RIP Bamber”.

iPadOS 16 wishlist: Every new feature we hope to see at...

How to fix Messages when it shows a phone number instead...

These iPhone 14 Pro renders look incredible… even with a crazy...