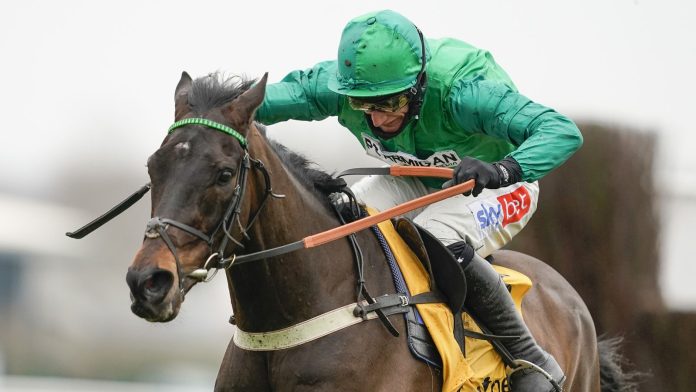 Sceau Royal will bid to win back-to-back renewals of the Betfair Exchange Game Spirit Chase at Newbury on Saturday.

The versatile Alan King-trained 10-year-old landed the Elite Hurdle at Wincanton in November and was a close-up third to Not So Sleepy and Epatante in the Fighting Fifth Hurdle at Newcastle later that month.

However, the Simon Munir and Isaac Souede-owned gelding has not been seen since finishing a distant sixth of seven to Guard Your Dreams in the International Hurdle at Cheltenham in December.

Winner of six of his 17 chases, Sceau Royal reverts to fences where he is set to face a small but select field, which could include the highly-regarded Paul Nicholls-trained youngster Hitman.

Anthony Bromley, racing manager to Munir and Souede, feels he made an error by running Sceau Royal at Cheltenham last time.

He said: “The last couple of seasons we have campaigned the horse over hurdles up to Christmas and then have gone chasing afterwards.

“The Game Spirit is a race he has finished runner-up in once (to Altior in 2020) and won last last season, and it is one of his targets for the season. It will be a small but competitive field and when all the penalties are weighed up, there is not much in it.

“He goes there in good form. He is fresh and well. We ran him back too quickly in the International Hurdle at Cheltenham. It wasn’t in the normal plan and it was my fault, I got enticed in and made a mistake there.

“The horse is none the worse for it. Alan has freshened the horse up and we look forward to Newbury on Saturday.”

Twice third in the Queen Mother Champion Chase – including when beaten three and three-quarter lengths to Put The Kettle On at Cheltenham last year – Sceau Royal could book his place in this year’s renewal on March 16, should he acquit himself well at the Berkshire track.