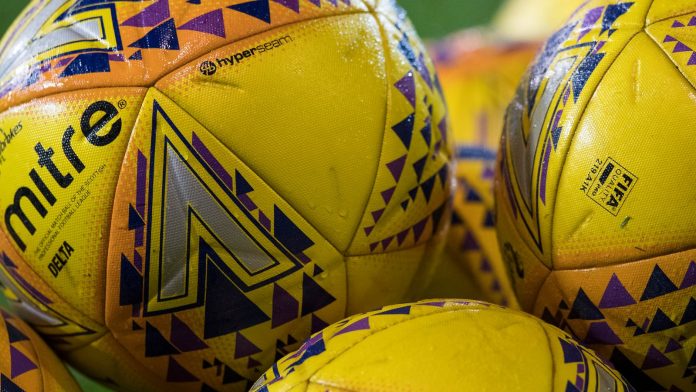 Premier League and EFL launch review into crowd trouble at football; disorder has increased across the board in 2021-22 compared to 2019-20 with incidents involving pyrotechnics up from 193 to 229, throwing of missiles up from 116 to 223 and hate crime reports in stadia up from 146 to 206

The Premier League and EFL have launched an urgent review into the recent spike of crowd trouble at English football.

Trouble at English football grounds across all divisions has increased by more than a third this season, according to police figures. The stats show the highest increases have been in the Championship and the National League.

Almost half of this season’s matches up until January have had an incident reported – including the use of pyrotechnics, missiles being thrown at players, and hate crime.

Both the Premier League and the EFL, along with the FA, would like to better understand the collective concerns about what is happening.

The safety officers of all 92 clubs have been emailed a questionnaire to collect data and monitor certain trends at clubs. The Premier League met head of football policing Mark Roberts last month and the issue was raised with clubs during the last shareholders’ meeting.

Roberts has been holding talks with the football authorities and has been encouraged that there is a recognition of the problem.

“There is a consensus. In the past, when police have said ‘There’s a problem’ there has been a deafening silence,” he said.

“This time, I think everyone’s been really responsible. We won’t agree on everything, but I think the fact that there’s consensus and people want to work together to improve it is actually a really important and positive first step.”

He urged supporters’ groups to do more to condemn misbehaving fans amid the rise in disorder at matches this season.

“They can often be really vocal, but they need to come out and start condemning this behaviour as well because the vast majority of people who go to football, the overwhelming majority are just decent folk who want to go and enjoy the game,” he said.

“The fans need to start calling it out as well – they need to say this is unacceptable and not what we want.”

The UK head of football policing, chief constable Mark Roberts spoke to Sky Sports News in December about his concerns over steward training and information-sharing on known troublemakers

Roberts added: “We need to work closely with leagues and clubs to share information and intelligence. We need to have targeted operations. Where it’s the right thing, we need police in the grounds to take positive action, because there needs to be a visible sign that this behaviour is unacceptable.

“The best way of conveying that is to see someone get arrested and taken out of the ground. It needs a joint effort. I think it’s quite encouraging, the response we’ve had from the league and safety officers, but we need that joined-up approach to translate into action.”

‘We need to kibosh the idea of more alcohol’

Roberts called on the courts to impose banning orders on a more regular basis, and believes the fan-led review proposal to trial the sale of alcohol in sight of the pitch has to be a non-starter in the current climate.

“I just hope that common sense prevails in Government and they drop this idea of even piloting alcohol coming back into stadiums,” he said.

“The idea that adding alcohol to the issues that we’ve currently got wouldn’t make it significantly worse, I think it’s just naive.

“I believe the suggestion is it should be trialled in League Two and non-league – well, they have seen significant increase in disorder so it’s nonsensical to do it there.

“You’re actually just fuelling a problem in leagues where we’re less able to deal with it. I think it’s ridiculous – I can’t be any more clear. We’re seeing increases in disorder, so we need to kibosh the idea of more alcohol.”

Cocaine use is a growing concern for the police, and Roberts said: “We get feedback from supporters about open cocaine use in places.

“Where we do exercises of swabbing toilets for cocaine we get a very high prevalence of it. We know there’s widespread use and people arrested are often under the effects.

“We did operations over the weekend, where we had drugs operations meeting trains, etc, and whenever we do that we find an awful lot of discarded cocaine, pyrotechnics.

“Every time we intervene, we get a consistent picture that cocaine is a massive issue.”