Home Sport Pyledriver to be given Kempton spin 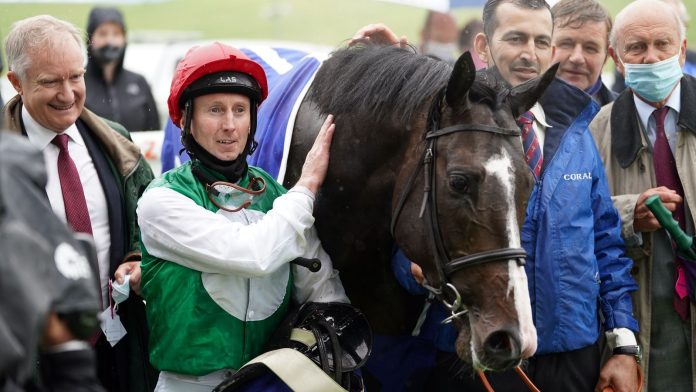 Pyledriver showed his well-being with a racecourse spin at Kempton ahead of his trip to Saudi Arabia for the Neom Cup later this month.

The five-year-old entire, trained by William Muir and Chris Grassick, was partnered by his regular race rider Martin Dwyer.

He pleased connections in his first public outing since finishing a fine second in the Hong Kong Vase at Sha Tin in December.

“We took him to Kempton today to let him have a blow over the surface to cover a distance of ground,” Muir told a Saudi Cup press conference.

“It was just to literally get him away from home for something different and a change of scenery, to perk him up and keep him in good shape.

“The horse is in great shape. It wasn’t one of those gallops you want to put a gun to his head and say ‘go’. It was just to let us cover the distance.

“Martin (Dywer) rode him and when he got off he said, after riding in races there over the winter, it felt like he broke the track record.”

Muir explained the reasons behind opting for the Neom Cup, over 10 and a half furlongs on turf, rather than the extremely valuable Saudi Cup over nine furlongs on dirt for last year’s Coronation Cup hero.

“We had a long conversation, the owners and myself, and we are aiming to go from here to the Sheema Classic in Dubai,” Muir explained.

“We felt to drop him back to a mile-one on dirt and then go back up to a mile and four would be giving different signals.

“We know a mile and a quarter on turf is fine so we thought we’d do that and then go onto the next target.”

Thirlby: England not in market for ‘wholesale changes’ ahead of World Cup

Buttler and Russell thump Originals to victory over Brave

Saudi Arabia not immune from legal challenge over spyware against British...

A travel company is offering guided tours to war zones in...

How to Increase Blood Flow to Your Penis, Naturally

20 Best Vitamins to Make you Last Longer in Bed in...