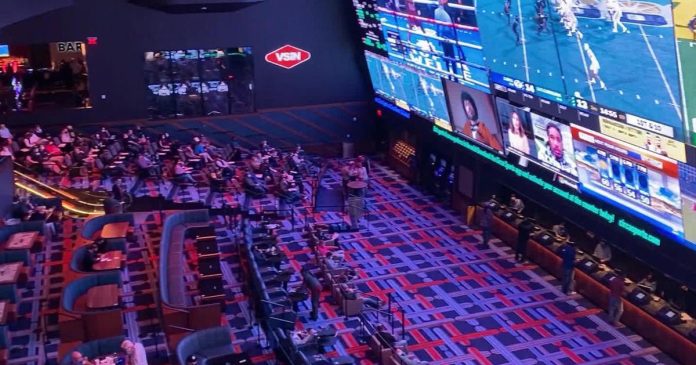 Are you ready for some gambling? Americans are expected to smash records this year by betting nearly $8 billion on Super Bowl LVI, according to the American Gaming Association.

Those numbers, which include both online and in-person wagers, are up sharply from the previous high of $4.3 billion last year, highlighting the growing sports betting industry as more states legalize the activity. More than 31 million Americans plan to put some money on the Super Bowl, up 35% from last year’s game.

Super Bowl wagers are getting a big boost from New York, which started letting people place bets online in January. David Forman, head of research at the American Gaming Associated, predicted that bets from the Empire State will lead to record gambling on the big game.

Forman and other analysts said they’re watching just how much New York will prop up this year’s “handle,” which, in sports betting, refers to the total amount of money wagered by bettors in a given period. The state is expected to log $160 million in legal bets for the Super Bowl, second only to Nevada, which PlayUSA predicts will add $175 million.

States began legalizing online sports betting three years ago after a U.S. Supreme Court ruling from 2018 struck down a federal law barring gambling on football, basketball, baseball and other sports. States where sports betting is legal have reported millions of dollars in added tax revenue, according to gaming association data. As of February, 19 states have legalized online sports betting.

Khristopher J. Brooks is a reporter for CBS MoneyWatch covering business, consumer and financial stories that range from economic inequality and housing issues to bankruptcies and the business of sports.